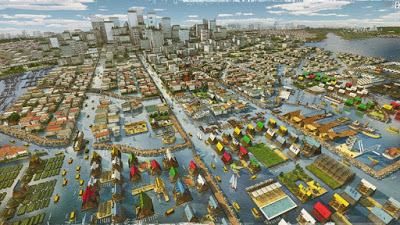 The Lagos State Government has redeemed its N57.5 Billion Bond in line with its avowed commitment to continue to pay and service its debt obligations as and when due. The bond which matured on the 19th of April 2017 marked the maturity of the N57.5 Billion 2010/2017 Series 2 Program I bond.

The Commissioner disclosed that the State has accumulated over N103, 415 Billion in its sinking fund accounts managed by independent Trustees for the redemption of its other outstanding bonds which will mature in future, adding that these include the N80 Billion, N87Billion and N47 Billion bonds redeemable in November 2019, November 2020 and December 2023 respectively.

In his words, “Lagos State has now redeemed #107.5 Billion of outstanding bonds, creating headroom for further issuances to support the acceleration of the State’s investment in improved physical and social infrastructure and amenities. The State remains committed to and is proud of its reputation as a most responsible issuer in the Nigerian capital markets.”

“The State Government used N17 Billion to service its debt in 2016 and would continue to fulfill its obligation as and when due. The present administration in the State has continued to ensure a strong and healthy debt sustainability regime leading to improve Local and International ratings for the State and its Debt instruments”, he added.

Ashade also disclosed that the State Government has transited in May 2016 from bullet payment to amortized payment to free up funds and reduce the State’s liabilities annually by paying bondholders principal plus coupon interest in installments.

He stated further that the government has equally restructured its internal loan portfolio with Commercial Banks in 2015 to Ten (10) year tenor at a competitive rate of 12% from an average 7 year tenor at 17%, stressing that this  has however been eroded because of adverse monetary policy rates by the Central Bank of Nigeria.

He expressed optimism that Lagos State will continue to enjoy good rates and tenor commercially with its current rating locally and internationally.

Meanwhile, as part of efforts to curb multiple-taxation and its effect on businesses in Lagos State, the Governor Aknwunmi Ambode has introduced a Central Billing System.

The Commissioner explained that the Central Billing system is an official platform created to generate bills centrally for Ministries, Departments and Agencies (MDAs) of Government as well as facilitate the monitoring of revenue accruable to MDAs, improve collections through the introduction of various payment gateways to minimize revenue shortfalls, increase human capacity efficiencies and ultimately expand the Internally Generated Revenue of the State.

In addition, Akinyemi Ashade said that the State Government has also embarked on advocacy campaign to educate the people on various taxes and rates and convenient ways of making such payment, adding that Yoruba and Pigin languages were introduced in the bill for easy information dissemination on taxes and rates.

He pointed out that not all taxes are multiple and the issue of multiple taxes will soon be a thing of the past.

While affirming the commitment of the State Government to effective financial risk management and leveraging on private sector participation towards achieving the needs and aspirations of Government and people of Lagos State, the Commissioner emphasised that the present administration will continue to make the necessary investment for the emergence of Lagos State as a prime global destination for iconic infrastructure, enabling environment, tourism and other social amenities in accordance with the needs of a modern Megacity.