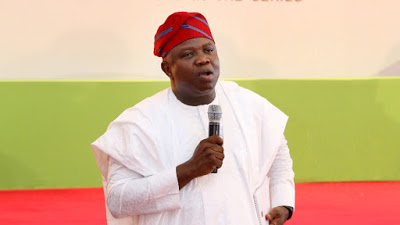 The Lagos State Environmental Protection Agency (LASEPA) has organised One-Day seminar for the Nigeria Association of Refrigerator and Air Conditioner practitioners (NARAP) as part of efforts by the State Government to provide a clean, healthy and pollution free environment for all residents in the State.

In his remarks at the opening ceremony, the General Manager, Engr. Adebola Shabi stated that the seminar was organised to educate the artisans on the need to protect themselves from the environment as well as on the types of gas to use in the course of their work.

“Some of the gases being used by your members have already been phased out
because of the high impact of the refrigerant on human health and the
environment which has ozone depletion potentials such as R11, R12, R13,
R113, R14, R500 etc. All these banned chemicals have now been replaced by HCF,’’ he said.

He explained that new technology is springing up every day and there is a need to be acquainted with the new development in order to protect themselves as well as the environment from hazardous components.

Shabi expressed optimism that after the seminar, the association and LASEPA would be able to reduce the refrigerants which cause depletion in the air, water pollution in the ozone layers and increasing ultra-violet rays that are injurious to humanity.

The General Manager thereby implored participants to avoid leakage of gases and to always put on their protective kits to avoid long terminal ailments such as cancer of the skin, blindness etc.

On his part, the Head of e-waste Department, Mr. Kayode Bello, stated that the seminar will be a continuous process, adding that the LASEPA has been liaising with some corporate bodies to assist in the acquisition of modern day equipment for the association.
Previous Post