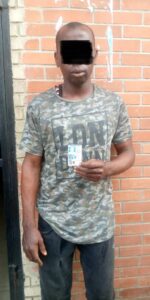 The Lagos State Taskforce has said that there is no going back on arrest and continous clamp down on motorists driving against traffic on the State roads until the state is completely free from their recklessness and flagrant disobedience of the State traffic laws.

The Statement was made today by the Chairman of Lagos State Taskforce, CSP Shola Jejeloye at the Agency Headquarters, Safety Arena,Bolade Oshodi,Lagos in reaction to the spate of lawlessness and pocket of protests by hoodlums and miscreants when the Lagos State Taskforce impounded a commercial bus popularly known as ‘Danfo’ and a Toyota Avalon for driving against traffic along Egebda-Idimu Road in the early hours of today.

Speaking further on the incident, The Chairman stated that revolts like this are not new to the officers and men of the Taskforce. He stated that law breakers, especially commercial bus drivers and okada riders are quick to mobilize and cry foul whenever they are caught committing a crime or found wanting.

“We experience these things every day so its not news to us. You will see commercial bus drivers and Okada riders endangering their lives and that of their passengers with no form of regard whatsoever, and when apprehended they either start begging or try to incite the public against us.” Jejeloye stated.

CSP Jejeloye further highlighted that the arrest and prosecution of errant offenders was in the best interest of the State and citizenry in general as this would serve as a deterrent to other road users, be it private or commercial. He decried the manner in which some unscrupulous elements joined in protesting against the impoundment of the vehicles stating that many cases of hit and run accidents in the State were caused by driver who drove on one-way.

CSP Jejeloye assured Lagosians that no amount of protests or reaction from traffic offenders would deter them from safeguarding lives and property in the State. He promised to carry on with the task of restoring sanity on our roads no matter whose ox is gored.

“We will not be intimidated by group of hoodlums or miscreants who think they can mobilise and discourage us from doing what is right. Road traffic laws were set up for a reason and they must be obeyed to the letter. Anyone who feels he is above the law will find himself in court to answer for his crimes” he noted.

The drivers of the impounded vehicles will be charged to court according to the provisions of the law and if found guilty, risk the penalty of forfeiture of the vehicles to the State Government.

Consequently, One of the passerby who identified himself as Semiu Idris said that driving against traffic(one-way) along this narrow road is not only suicidal but will further complicate the shortest possible distance there are tying to achieve, he added that the passengers onboard the vehicle criticized the driver for endangering their lives by driving on one way but it fell on his deaf ears.

Meanwhile, The officials of the Agency have arrested a fake Airforce personnel who was accosted at Oshodi. The Suspect, Nzubechukwu Emmanuel, 29, was arrested while riding his bike on the BRT corridor along Bolade, Oshodi and when accosted by officials of the Agency he claimed ‘Espirit de Corps’. Upon arrest and questioning, it was revealed that he is into the business of selling shoes but impersonates military officials to beat checkpoints and flout traffic rules. He will be charged to court accordingly.

In a related development, The Agency has raided blackspots at Oshodi leading to the arrest of 49 suspected criminal elements. The officials of the Agency Found on them substance suspected to be hard drugs like Canabis, tramadol etc. They will be charged to court accordingly.

The Chairman enjoined Lagosians to be law abiding and be the eyes and ears of Government in their locality for effective service delivery and efficient feedback mechanism.

EXCLUSIVE: Akin Ogunbiyi to spring a surprise in political calculation of Osun