He made this known in a post on his official Facebook account wall that just as late Funsho Williams was murdered because he looked set to win the 2007 elections which was eventually won by Babatunde Raji Fashola, his own life too is in danger.

Gbadamosi, however, stated that he was sure he may be tagged as raising unnecessary dust, he would not relent in his bid in making sure Lagos State is set free from ‘modern day slave master’ and would not be intimidated. 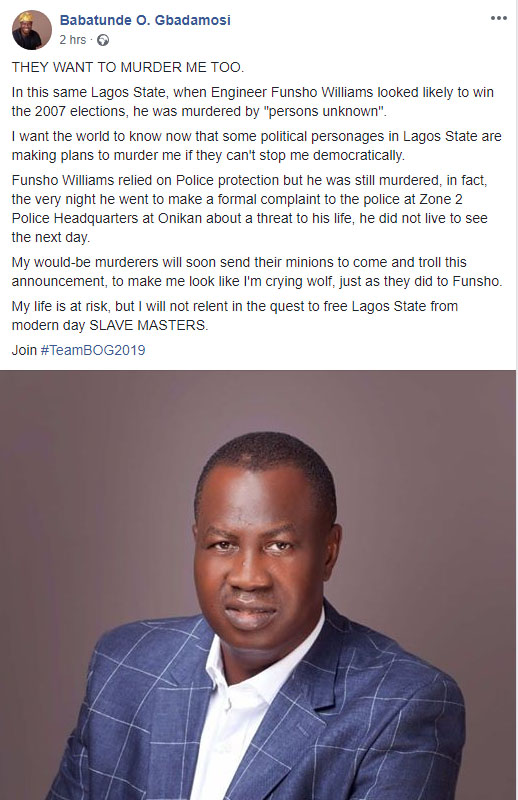