by metronews
in Business, Careers, Entertainment
0 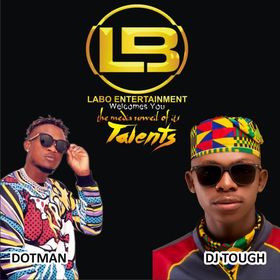 Days back,fast rising label,Labo Entertainment Limited unveiled its first two acts,Dotman who has over 5 popular singles that is enjoying good airplay in radio and television stations across the nation. Dotman is a Nigerian-born singer and songwriter. He signed his first major record deal in 2015 and made his debut in 2015 with two well received singles,”Yes Melo”and “Fine Girl”. 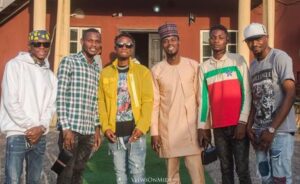 He gained major recognition after internationally renowned Nigerian singer, Olamide, signalled an interest in the remix of “Yes Melo”. After this streetanthem was released,Dotman gained greater admiration and respect amongst his fans, peers and the wider global entertainment industry. He was highly sought after within the industry for collaborations too: he has worked on joint projects with international acts such as Mr Eazi, Davido, Kelvin Florez, Dj Moh Green, Dj Maphorisa, DjTunez,DjMemhpis, Wolf gang and Afro B, Young Paris to name a few, with other projects in progress.

His defining trait as a singer is his ability to use his unique voice with fluid versatility to deliver lyrics and melodies with passionate emotion. Nowhere is this skill displayed more majestically than with the audio and video release of his smash hit single “Akube”: his most successful song to date that has gone on to achieve over 10 million streams and views on Spotify and YouTube.

Dotman is a gifted and talented professional with a work ethic that churns out an infinite quantity of quality hit songs that just keep coming.
Dotman has performed on some of the biggest platforms in Africa, Europe, United Kingdom and America.
Such as the Big Brother Naija Live Eviction show in South Africa with Over 170 Million viewers, The Okay Festival in New York, Africa Summer Fest U.K to name a few.

The video of Dotman’s feature with DJ Spinall, “Omoge”, as well as
PARIWO his collaboration with prominent Nigerian DJ Xclusiveis out alongside his release ENU GBE and fans alongside industry professionals embraced the song. His Latest Release ENU GBE and FEELINGS have gone viral with millions of streams across DSPs and attention in the media. The videos have also enjoyed rotation on TV platforms

The second act is Odofin Annafi’u Oluwatobiloba (born April 24 1997) better known by his stage name as Super Dj Tough and also known as man on cap, is a Nigerian based professional disc jockey, graphics designer, content creator and an artist. Born in Ejigbo, Lagos where he was known during the early stages of his life as a multitalented kid through his drawings, paintings, sculptures and many more.

He’s competent DJ by local and international standard, his mind blowing and awesome performances has taken him to places, from djing special events to promoting his own shows.

He’s a determined young Dj with a classy flow and competitive style, he has played alongside noble celebrities like Wande coal, 9ice, Dotman, Dj Spinall, dj spicey and many more

Another most spectacular fact about him is his heroic value and notability that he’s almost seen as a man of the world he knows the kind of music the heap wants and the perfect timing to tune them in and that has gained him love both home and abroad.

DJ tough has fans all over the world, he’s greatly celebrated in places like the United States, Qatar, Spain, Morocco, Ghana, Benin, South Africa and other parts of the world. 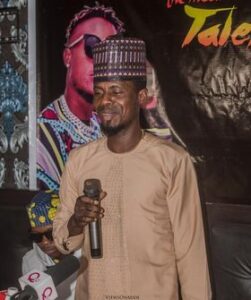 Speaking at the event which held at 15:08 Lounge in Ikeja,the Chief Promoter of Labo Entertainment, Olabisi Akanbi revealed that Labo Entertainment is an organization focused towards celebrating and promoting entertainment in Nigeria, with the aim of bringing to every door steps current happening in the Nigeria entertainment context, while promoting up-coming artistes, giving Nigerian youths a place to showcase there embedded talents so as to promote and impact their immediate environment positively through self development.

The company founded in 2005 but established since 15th day of March 2007 after it has applied for registration with the CAC of Nigeria on the 22 Aug 2008 with the Company Reg. No. RC : 767208. Labo Entertainment headed by Akanbi Olabisi With associates in Ghana and UK.

Olabisi Akanbi further explained that his interest in music promotion started from when he was in his teenage years, and he has resolved that he will ensure that the welfare of his talents is his outfit’s priority hence the open expenses budget he has splashed on them.