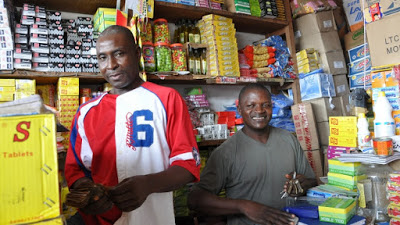 The state governor, Dr Ahmed who disclosed this at Government House, Ilorin
during a visit by members of Joint Tricycle Association of Kwara State
(JOTAKWAS), said his administration’s initial capital of N250million for
the Small and Medium Scale Enterprises has grown had grown to over N2.5billion.


Dr Abdulfatah Ahmed promised more support for SMEs with a pledge of more
subsidised   tricycles for
transporters in the state as part of the administration’s effort at creating
packages for organised associations “so that they can begin to meet their
economic obligations to themselves and the state in the area of prompt payment
of taxes to government.”

He also promised to support the association with take-off grant, a bus and an
office secretariat with a view to seeing the association growing to become
reliable, stronger and critical stakeholder in the state economic environment.

“We are going to workout on a clear need assessment to determine how many
tricycles are required and begin to work on this.  Hopefully we will begin
to see a more focussed association, well structured, well organized with
specific service rendering to the system,” he stated.

The Governor advised them to guide against infiltration by miscreants and
criminals so that they will not be creating problem in the name of association
for the state government stating the need to maintain law and order and pay
their taxes regularly.