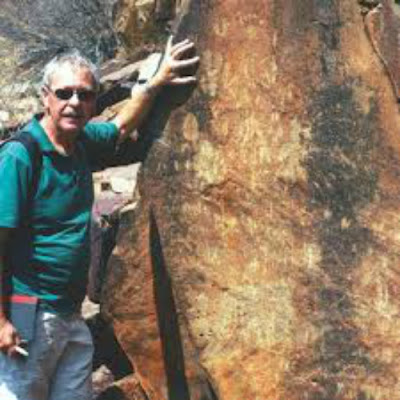 The kidnappers of German archaeologist, Prof. Peter Breunij, and his associate, Johannes Buringer, in Jenjela village in Kagarko Local Government of Kaduna State, have put a N60m ransom tag on them.

A source at Jenjela village, said the kidnappers have demanded N30m ransom for each of the two men.

Punch quoted the source as saying that the male voice, who spoke on behalf of the abductors, warned them against involving the police or any security agency in the deal.

DAILY POST reports that Breunij is the leader of a four-man team from the University of Frankfurt, Germany, working in collaboration ‎with the National Commission for Museum and Monuments and other institutions on the relics of Nok culture in Nigeria.

Meanwhile, the Force Public Relations Officer, Jimoh Moshood, has said that the Inspector-General of Police, Ibrahim Idris, had deployed surveillance helicopters and special police units including the Intelligence Response Team, the Technical Intelligence Unit as well as the Anti-Kidnapping unit to rescue the hostages.

Other units involved in the rescue operation include the Counter -Terrorism Unit, the Police Mobile Force, and the Special Investigation Team on kidnapping and terrorism cases under the command of the Deputy Inspector-General of Police, Department of Operations, Joshak Habila.

“Though the German archaeologists have police officers attached to them for their protection at the NOK Archaeology Research Project Centre, they did not go with the policemen to the excavation site where they were kidnapped,” he said.

The spokesman said the deployed special forces and police investigators were in contact with the colleagues of the victims and had provided additional security for their safety.

“The Nigeria Police Force, while assuring all Nigerians and foreign nationals in the country of their safety, wishes to implore them to always request and obtain police escort to protect them any time they are embarking on research, mining and related endeavours outside the towns and cities across the country,” he said.

Are you stonehearted? This would break your heart! How a single punch changed a life (VIDEO)