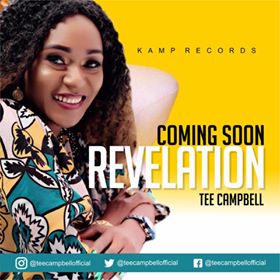 One of the backup singers of Jesse King of Buga exponent fame, Taiwo Campbell has finalised arrangements to release her first-ever Extended Play recording-EP into the airwaves.
The talentedly promising singer who has worked with the likes of Samsong, Soji Israel, Toyin & Friends, Dare David, Shola Mega, Praise God with Twins and many more is known for her vocal dexterity, and
exceptional ability to compose and create new sounds.
Having garnered lots of experience as a backup singer with many star musicians, the Ondo State born songstress who’s fondly referred to as TeeCampbell in the entertainment industry released her debut single titled Unconditional Love, an interesting number which enjoyed massive airplay in 2009. It was produced by Gospelondebeatz.
The mother of 2 adorable kids, Sam and David would later signed a recording deal with KAMP records where she officially dropped a single, Oluwabori, God Conquired with a video in 2014.
Her latest effort, Revelation, a 6-tracker EP which will soon rents the airwaves has interesting songs such as Alade Ogo ((co-written by Soji Israel), Not In Vain (Bob Marley Cover), Olu Orun (featuring Mike Aremu), Ayo, Mo Ti Ni Jesu ((co-written by Soji Israel), and Unconditional Love produced by Gospelondebeatz.
With quite a number of amazing songs recorded and with her debut album in view, Tee Campbell is definitely one of the stars to watch out for, this post-Covid19 entertainment season. Follow her on all social media platforms and subscribe to her YouTube page to get notified whenever Tee Campbell has a new release. 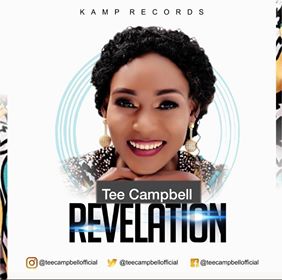 Why Africa is least affected by Coronavirus – Health Experts

Davido: I Have Made Money For 11 Years, I’m Tired Of Making Money (Video)

Why Africa is least affected by Coronavirus – Health Experts