Rukayat Gawat-Oyefeso is one of the most patronized Islamic singers in town and she comes across to you as a likeable and down to earth person was at her very best vibes at the out gone weekend, which was indeed a momentous one for Ogbeni Rauf Aregbesola, the governor of the state of Osun.
The astute politician and second-term governor of the state clocked 60 glorious years on earth.
As to be expected of a man of his status, many drums were rolled out from different quarters in commemoration of his birthday.
From Osogbo, the capital city of the state, to Ilesha, his native hometown, down to Lagos, his adopted homestead for years, it was celebration and salutations galore for the man who has brought smiles to the faces of many via his relentless service to the people, at different points of his call to service.
Religious organizations of all divides, the labour force, youths, children, government parastatals and the social circuit, all jostled to have a share in the birthday celebration of the Ogbeni, who has fought and won many political battles in the last two decades of his life.
But, perhaps one persona, who brought shine to the entire weeklong birthday celebration, is the captivating and spectacular female Islamic gospel music crooner, Rukayat Gawat.
The sensational and now leader in the pack of Islamic music genre, was at her best at one of the glees that marked the 60th birthday of the governor and she did give a good account of herself, with very soulful and inspirational melodious tunes to spice up the ceremony, which had many traditional rulers, politicians, top government functionaries, students, workers and many more in attendance.
The highpoint of the glamorous event was when the birthday boy and some traditional rulers could not just hold their urge, as they all stood up to join the sonorous-voiced singer on the dance floor.
It was really a glorious moment for the Ogbeni and his wife, Sherifat, who both attested to the dexterity and dynamism of ubiquitous Rukayat Gawat, who in the last couple of years has been giving a new face to the soul of rhythmic and pious Islamic tunes. 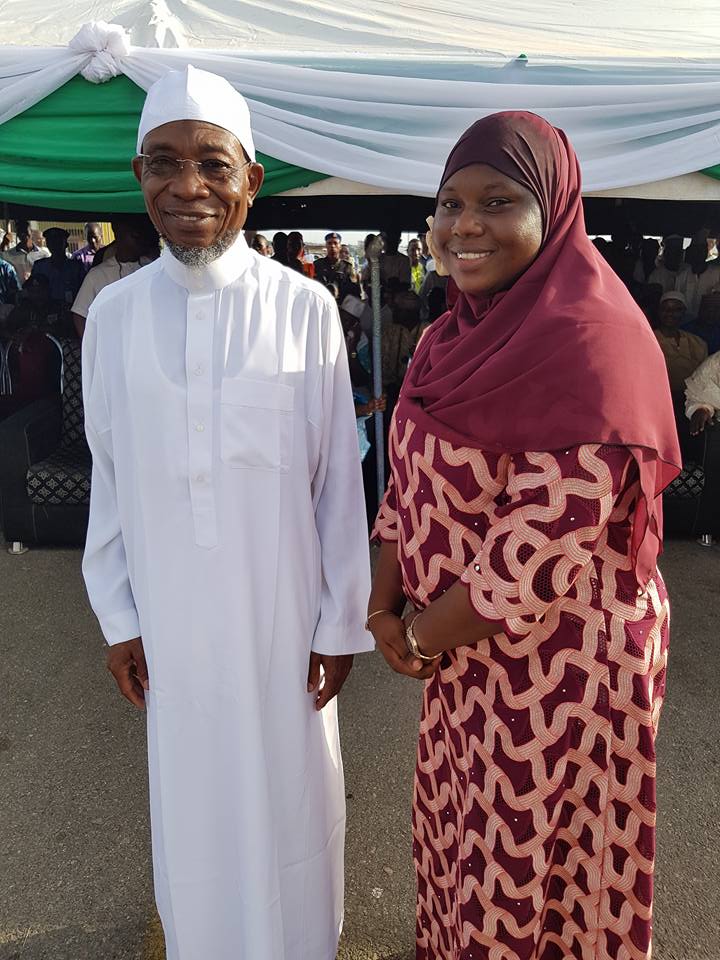 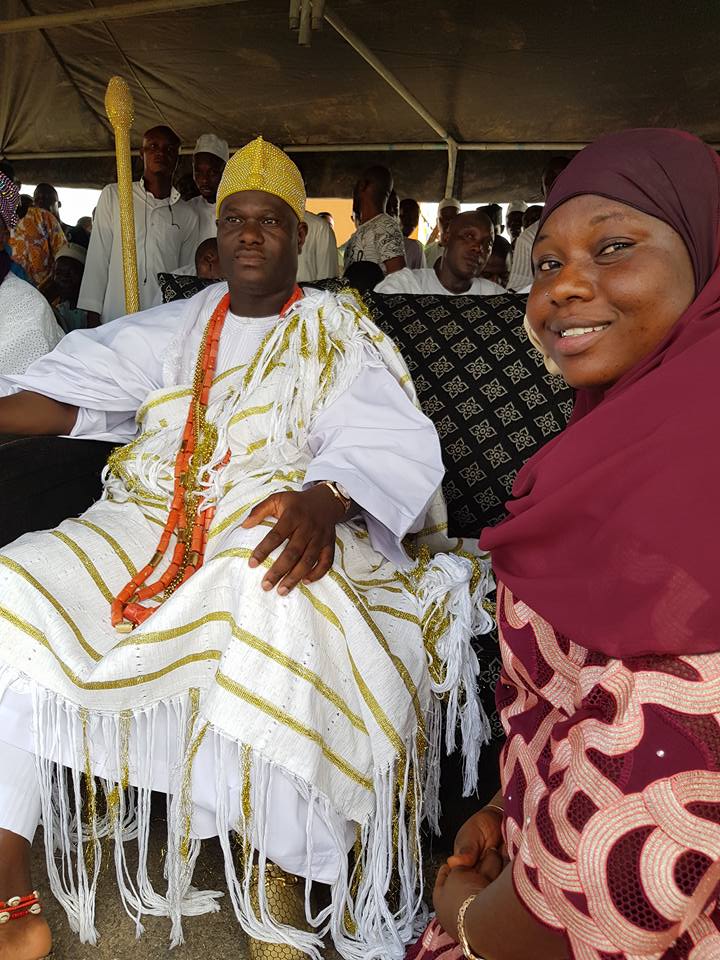 With Ooni of Ife

Indigenous Film-makers will soon receive protection of the law – Adebutu

Indigenous Film-makers will soon receive protection of the law - Adebutu