A Liberty Television journalist, Aminu Nurudeen, suspected to have posted the viral video showing the Inspector General of Police, Ibrahim Idris, struggling to read a speech at a public event in Kano, has gone into hiding, Saturday PUNCH has learnt.

Impeccable sources told  Saturday PUNCH that the Kano State Police Command invited the reporter to its office immediately the video went viral. The video, shows the IG struggling to read his speech at the inauguration of the Police Technical Intelligence Unit in Kano, Kano State on Monday.

It was learnt that Nurudeen’s whereabouts had been unknown since the Kano State Police Public Relations Officer, SP Musa Magaji Majiya, invited him on Thursday. 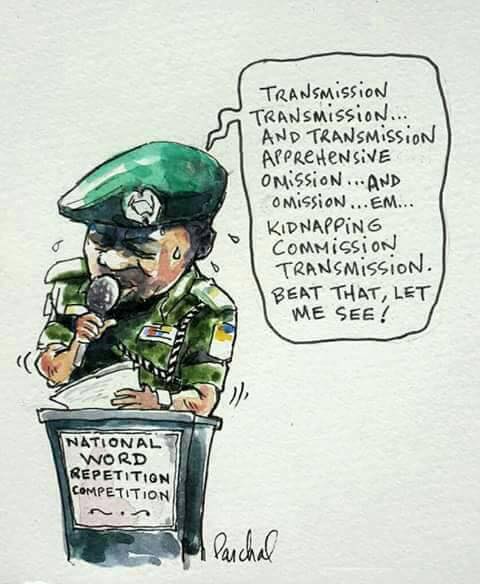 Sources said the police authorities were upset with the journalist because he had allegedly disobeyed a directive by the Kano State Police Command to journalists present at the event not to report the IG’s blunder or make the video public.

According to sources, the IG’s blunder brought an abrupt end to the event, leading the police chief’s handlers to hurriedly usher him away from the venue of the event.

The viral video showed the IG delivering an incoherent speech, which had since exposed him to public ridicule.

Voice of Liberty had posted the video on Wednesday. It was gathered on Friday that the IG was embarrassed by the trending video and had ordered an investigation into its release.

In the video, the police boss stumbled over nearly every word in the address, pronouncing transition as transmission and generally bungling his remarks.