If you know this lady, she just got married to my sister’s husband

Lady calls out man who abandoned her sister in the U.S to remarry in Ghana.

Betty, who shared photos from Daniel’s wedding with a Ghanaian bride on social media, revealed that Daniel left the U.S to Ghana after his daughter turned 2-month-old.

After spending six months, he returned to his wife and kid and stayed for only four weeks before revisiting Ghana.

It was later discovered that he was getting married to another woman in Ghana and had only used Betty’s sister, his American wife, to get his green card and pay for his Master’s program.

‘I need to lose my virginity’ Post of a Young lady, Shay…

Apparently, Daniel tied the knot with Betty’s sister in 2011 and was living with her in New Jersey An obviously aggrieved Betty threatened that Daniel will face the full wrath of the problem he has created.

She advised that his new bride take note of the doomed marriage that she has supposedly signed up for. She also revealed that the authorities have been notified.
See her post below. 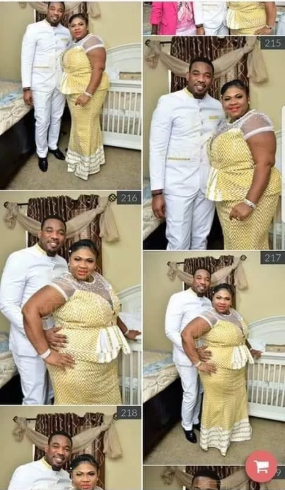 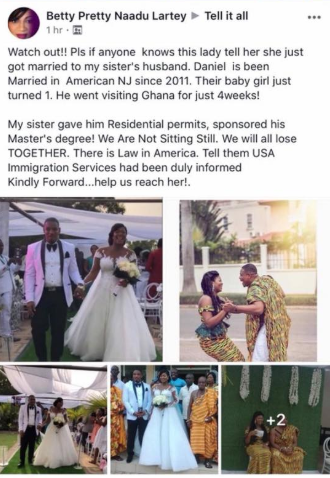 Marlene informs friends ahead of nudes leak by ex-lover

Fayemi denies us use of stadium for rally, PDP alleges

Fayemi denies us use of stadium for rally, PDP alleges