Identities of recent victims of Badoo in Ikorodu (PHOTO)

A murderous gang, known as Badoo struck recently in Ikorodu, Lagos State, killing a man, his pregnant wife and two children.
The spokesman of the Lagos State Police Command, Olarinde Famous-Cole, said they are still investigating the incident and efforts are ongoing to arrest the culprits.The gang has been terrorizing residents of Ikorodu and environs with many people killed. On May 2, 2017, the ritual killers struck in the Imota community of Ikorodu, hacking a couple and their two children to death, while two other siblings sustained serious injuries.
The couple, Taofiq and Simiat Agbaje and their dead children, Rodiat, 10, Toyeebat, eight, were hacked to death at their home at Adeke bus stop, Adamo, Imota. The duo of Mardiya, 13 and one-year-old baby were stabbed in the mindless attack.
The Lagos State Police Commissioner, Fatai Owoseni, had recently ordered the Divisional Police Officers (DPOs) in Ikorodu to fish out the cult group wreaking havoc in the community.
Condemning the Badoo killings, Owoseni declared that “all DPOs in Ikorodu should use all resources within their disposals to fish out the Badoo cult group that has been causing havoc in the community. I am giving you all 48 hours to decongest your cells. Nobody should be detained more than 48 hours. I will conduct checks on the cells.”
Also condemning the killings, coordinator of Ikorodu Ambassadors, Rasheed Fatuga, said the Badoo issue must be addressed urgently.He decried the nonchalant manner the issue is being handled, and called on the police, state government, and traditional institutions to act fast before the matter gets out of hand.
“How long would this continue, what is their mission and purpose? Why kill families? What for? What gain? So sad!”Continuing, Fatuga said the murderous gang usually explores easy access and houses without burglary proofs.
“The Badoo gang usually looks for easy access. They look for houses without burglary proofs, incomplete buildings, areas where there are few houses, so that even when victims scream for help, there won’t be anybody to assist.
“It hasn’t been easy identifying and detecting the notorious gang because they don’t carry weapons on them when walking. They depend and use sharp objects and equipment that can hurt victims to do their damage.
“We call on all Ikorodu residents to always challenge and report any suspicious person’s activities around your environment to your landlord or Community Development Association (CDA). They can report to the necessary authorities,” he said.
They were killed in the wee hours of Monday when their Letter N Junction, Radio Area, Erunwen residence in Ikorodu was invaded. 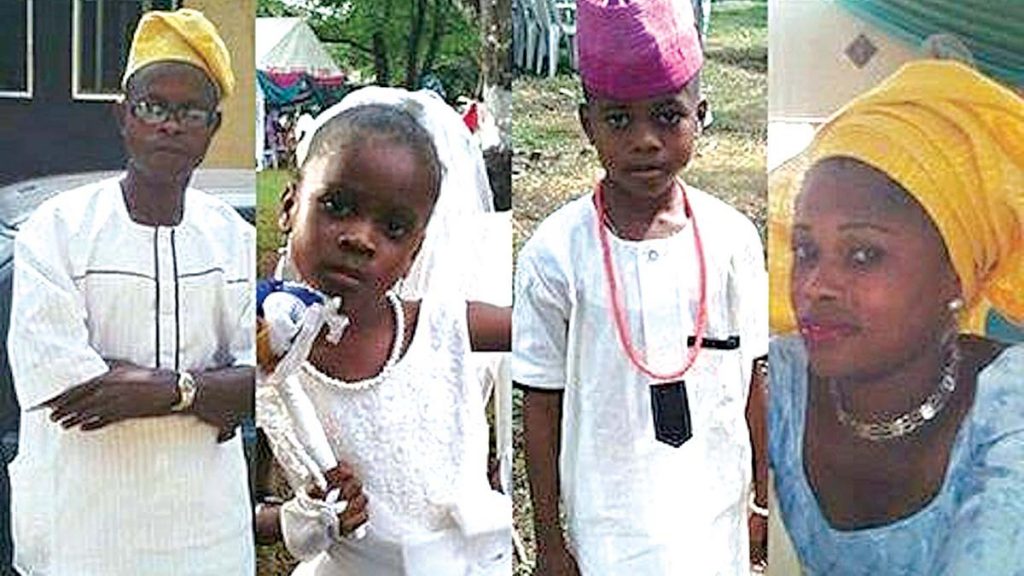 BBC DJ 'stepped aside' while his wife performed sex act on young man because it 'empowered her', court hears