‘I Strongly Reject Men As The Head Of The House’

A Twitter user known as @moniquemonrowe has taken to the platform to reject the notion that a man is the head of the house. 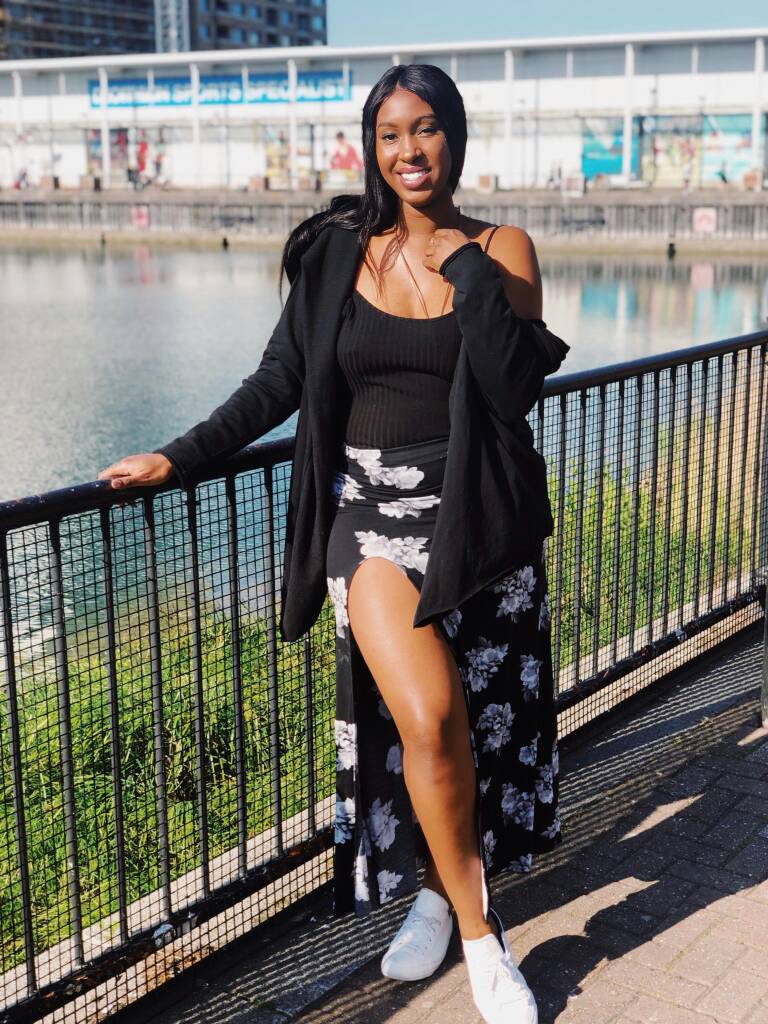 According to this lady, the idea that the man is the head of the house is rooted in biblical times when women were not considered equal to men and as such, it is incompatible with the 21st century.

According to the writer, she cannot accept a concept written at ‘a time period when women did not have equal consideration or power’. @moniquemonrowe also said that this does not reconcile with today’s reality or the modern woman or family. 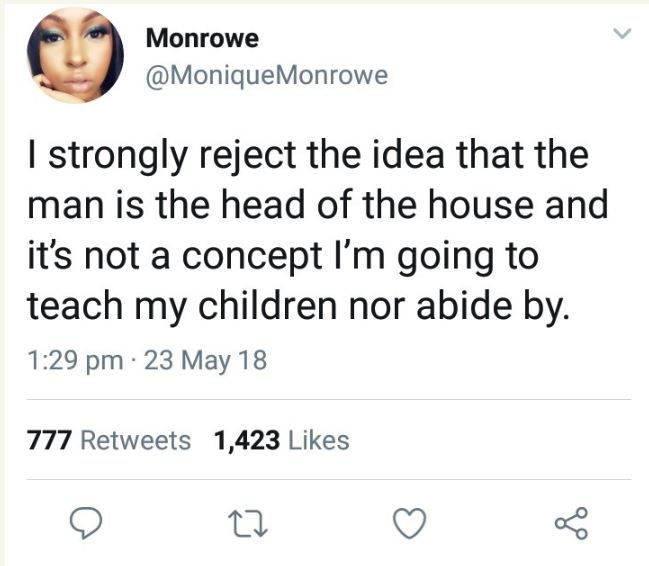 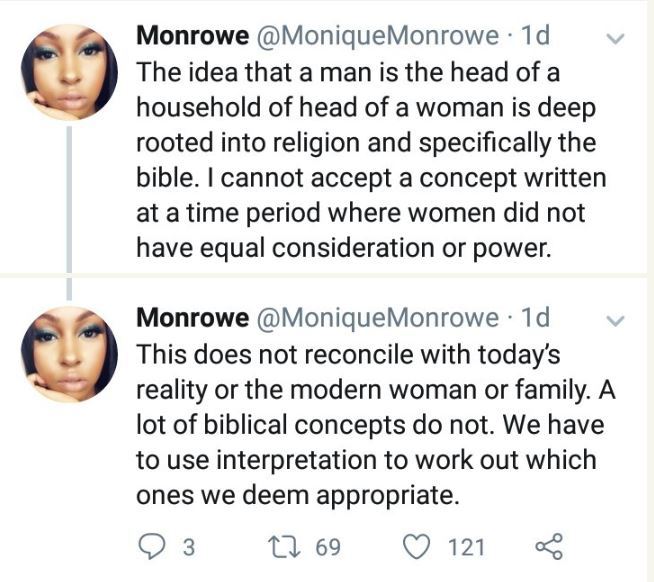