I STAND WITH JAMES ONANEFE IBORI! 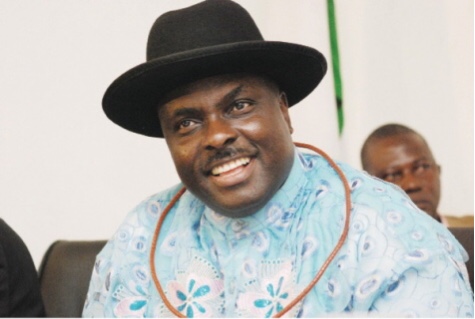 By TONY ADEMILUYI
FEBRUARY 19, 2017 HEADLINES, OPINION
The corruption issue is one of the crafty strategies that the Caucasian imperialists have used to keep this country divided. Nigeria as the most populous black nation on earth is of strategic importance to the neo-colonialists and so it is in their best interest to perpetually keep this nation divided.

In my bid to critically understudy the nitty-gritty of divide and rule, I made it the subject of my final year thesis at the University of Lagos where I bagged a degree in English and Literary Studies. My focus was on how this ancient strategy played out in the then British colonies of Nigeria and Kenya using Chinua Achebe’s evergreen ‘Things Fall Apart’ and Ngugi Wa Thiongo’s ‘Weep Not Child as sturdy case studies.’ My project supervisor was the University of Sheffield trained Dr. Gabriel Adetokunbo Pearse who had also taught extensively in over ten American institutions. My choice of him was strategic as he had vast experience in political consulting in the United States of America and nearly became a Congressman. The late visionary Engineer Funsho Williams brought him back to the country after two decades in Uncle Sam to coordinate his campaign for his 2007 gubernatorial run.

I was in my maternal grandparents’ house in Benin City when the news caption on July 27 2006 read ‘Prominent Lagos Politician brutally assassinated.’ My instincts told me it was Funsho Williams that was murdered. I waited with breath as my worst fear was unraveled. My political mentor and hero was no more! I passed out and woke up in the hospital. The hope for good governance in the ‘Centre for Excellence’ was gone like a candle in the wind. I recall the extensive discussions I had with him as a then student member of first the Network Alliance and then the Williams Campaign Organisation. In 2003 at the risk of my personal safety and life, I mobilized many Akokites to cast their vote for this former alumnus who was a gentleman per excellence despite the fact that the then Olusegun Obasanjo led government shut down all the Nigerian Universities. How could Captain be murdered? I recall when my paternal grandmother died in 2005; he drove himself with his beautiful wife to the funeral without any police escort.

James Onanefe Ibori is no saint and like every mortal has his good and bad sides. After a six year incarceration in the United Kingdom, the tumultuous reception that was accorded him could be interpreted differently depending on the perspective you choose to view it. From mine, it was a loud protest against the conspiratorial forces of imperialism that incarcerated him. It was a loud rejection of the flawed and biased system that didn’t satisfy the dictates of the maxim that ‘he who comes to equity must come with clean hands.’

I have always been suspicious of the overt interest of imperialist institutions in the backing of the corruption fight in Nigeria. It is no news that the British Department for International Development (DFID) massively funded Ibori’s trial so as to get a large chunk of the 250 million pounds booty. The international agency for destruction with a more than passing interest in the exporting of gay rights, abortion, euthanasia and all other nauseating cultures of death didn’t lift a finger to ensure that the funds got back into the coffers of the Delta State government in one bit. It was a total travesty of justice for them to have interfered in the entire judicial process and Ibori was absolutely right when he opined that he was no an ex-convict. Some of his vociferous supporters are silently clamouring for a state pardon but in my candid view, the basis for it doesn’t even exist as he can’t be truly regarded as a felon.

Until Nigerians realise the divide and conquer strategy of the imperialists and reject their poisonous overtures, this country will never develop.

Why is the Ford Foundation funding Sahara Reporters? What is the interest of this anti-Africa organisation that backs agendas that are capable of annihilating the world’s second most populous continent?

Nationalists like Kwame Nkrumah, Zik of Africa etc led the struggle to rid the continent of colonial rule. The Osagyefo proved more visionary as he used his influence as President to spearhead Pan-Africanism and wisely tapped the talent of maverick Senator Francis Arthur Nzeribe to spread the ideals to all the ends of the continent. Nkrumah was miles ahead of his peers as he established the Kwame Nkrumah Ideological Institute in 1961 to entrench ideological consciousness among Ghanaians. Tragically, the incursion of military rule made the grand vision hit a cul-de-sac.

The new buzzword that will shape the development of the African continent will be a strong leader that can damn the imperial west and massively influence the rest of the fifty-three countries to toe a similar line in the manner reminiscent of how Nigeria played a primordial role in the political liberation struggle of most African countries.

Ibori has the grit to spearhead this much needed anti-imperial struggle with his unjust incarceration that will act as the much needed bulwark. History often repeats itself as there is nothing new under the sun. We won’t forget Mandela’s and Obasanjo’s prison to presidency story in a hurry. Omisore’s and Nkrumah’s also followed the same trajectory!

The coincidence of his and Obama’s birthday – August 4th is similar to the nexus of the much told John Fitzgerald Kennedy and Abraham Lincoln legendary story.

Obama represents the worst of the anti-African agenda while Ibori will be thrust by incontrollable circumstances to act as a counterfoil to lead the continental struggle of breaking the yoke of imperialism.

I make the prediction that Ibori will one day sit in Aso Rock and will ruthlessly unleash the catharsis that will see Africa free at last.

The Oracle has spoken!