I chop anybody, even pastors – Girl

A Nigerian lady who goes by the name @peacehochub on twitter has taken to the social media platform to make a revelation about the nature of the people that patronize her for sex. And according to her, she also also sex with pastors. 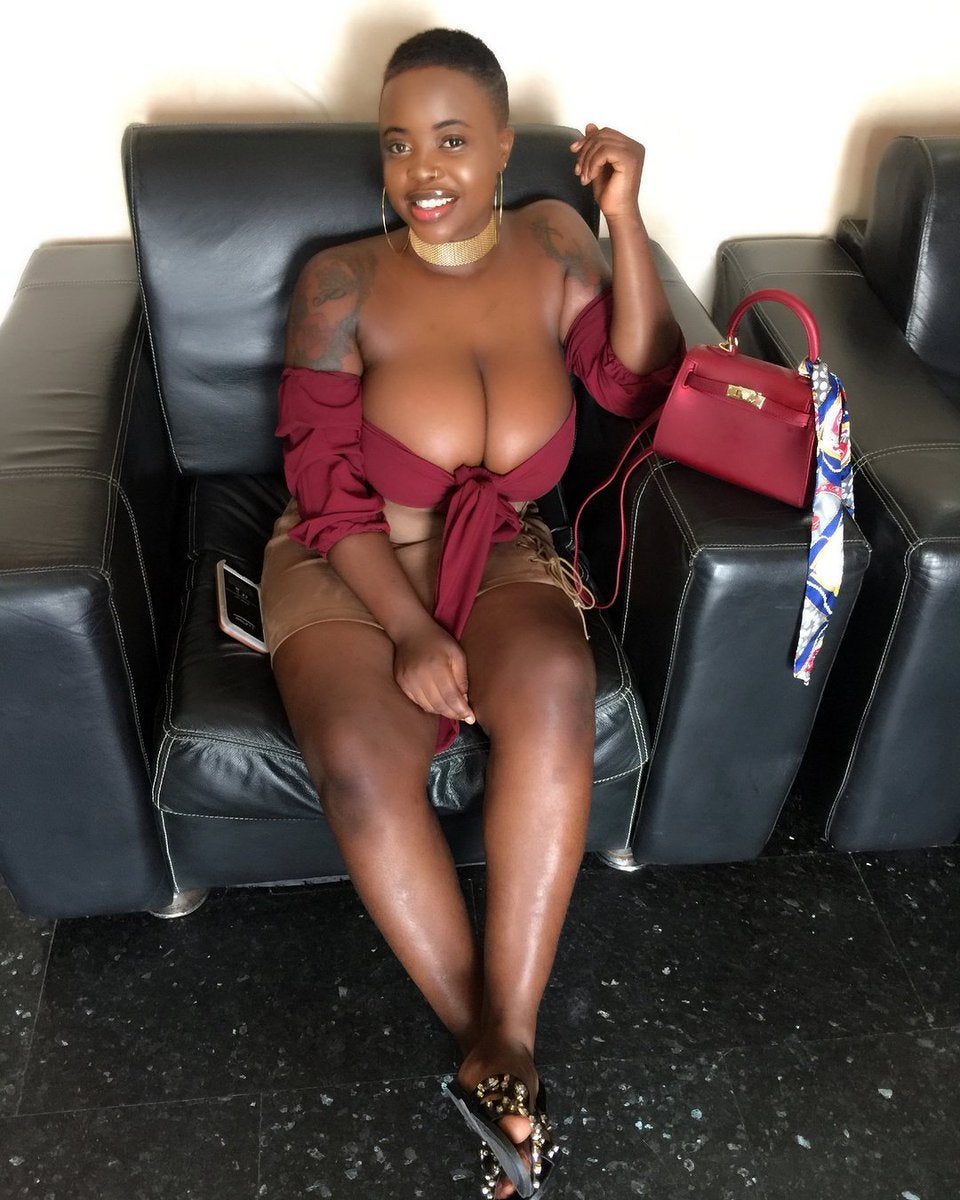 But she made a quick reminder about her looks and people should not let that deceive them as she also has sex with pastors. 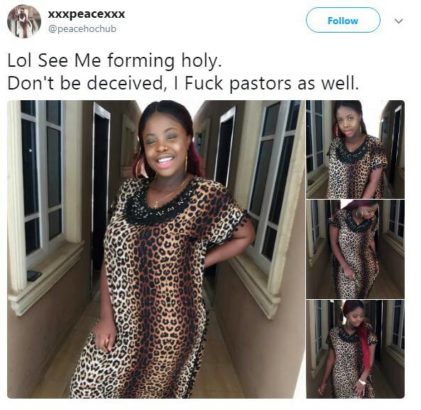 Don’t be deceived, I Have S.ex With Pastors As Well.” 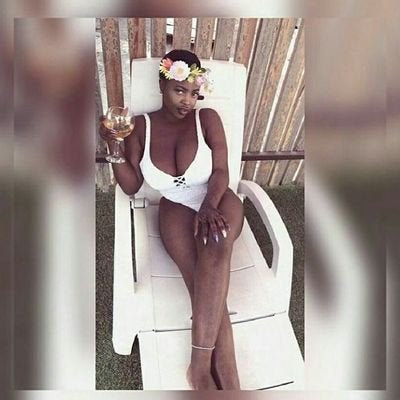 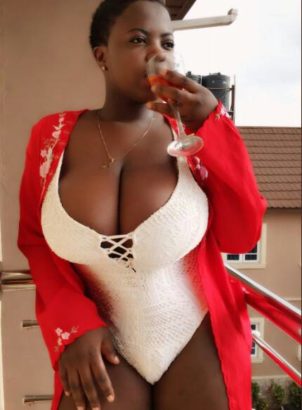 Tblak calls himself ‘African Hugh Hefner’. Like the founder of Playboy, he too soon got tired of the same faces and replaced them with newer talent. There were reports of a falling out between the two. Peace found herself surplus to requirement and out of the Tblak ‘mansion’.

For a while, it was obvious that Peace Olayemi found it difficult to live up to the life she’d been accustomed to. The photos she posted on her Instagram showed a less glamorous setting to what her fans had been used to seeing. Tblak lives with all his women in a Lekki apartment.

When Peace Olayemi stopped being the apple of his eye, she had to move away- as far as Akure where she was born and raised.
Guess she is back in business as usual, but only decided to tease her followers with the decent photo.