HOW SLAY MAMA LANDED IN PRISON OVER LEAKED VIDEO ….Photos

by metronews
in Crime, Gist
0 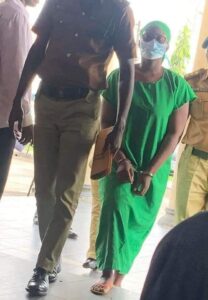 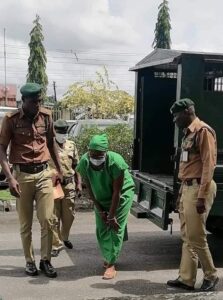 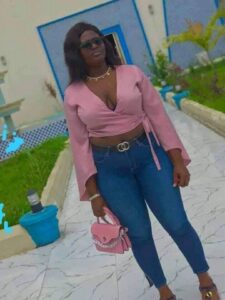 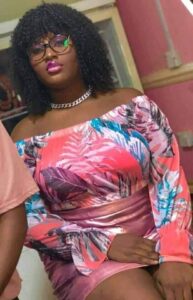 Miss Charlotte Delhi has been arraigned by the Department of State Services before the Federal High Court sitting in Yenagoa, for allegedly sharing a nude video of a former Permanent Secretary of the Bayelsa State Ministry of Education, Dr Walton Liverpool, on the social media with an intention of extorting N15 million from him.

According to the narrative she met the man via Facebook they chatted and agreed to meet in a hotel.They met and she was paid for her services,unknown to the man, she recorded them while having sex.

She then sent the video to the victim,requesting for N15 million. Dr Walton Liverpool was said to have called the bluff of the blackmailer.She then spread the video on Facebook.

With the video gone viral on social media,he reported to the State DSS,pronto,she was arrested and charged to court.

Although the judge granted her bail pending when the case will be heard her bail alone condition is N5 million plus landed property which she could not come up with immediately hence her transfer to Okaka prison.

Many are not aware that it is a criminal offense to blackmail through the internet or social media. It is also a crime to share private sexual photographs or films of individuals with other people, to cause distress or extort money from.