How Nigeria rejection led to Anthony Joshua's rise to stardom

by metronews
in Boxing
0

There, on Saturday night, could have been Anthony Joshua fighting Wladimir Klitschko, as world boxing champion, under the green white green banner of Nigeria rather than the Union Jack.
There, but for one small and now ultimately significant rejection by Nigerian boxing officials in 2008, when he wanted to represent the country of his parents at the Olympic Games. And it was all a question of timing. So they say at least…
Then again, maybe not.
Maybe his career would have taken an entirely different fork at the crossroads if he had been flying the green and white colours nearly a decade ago. 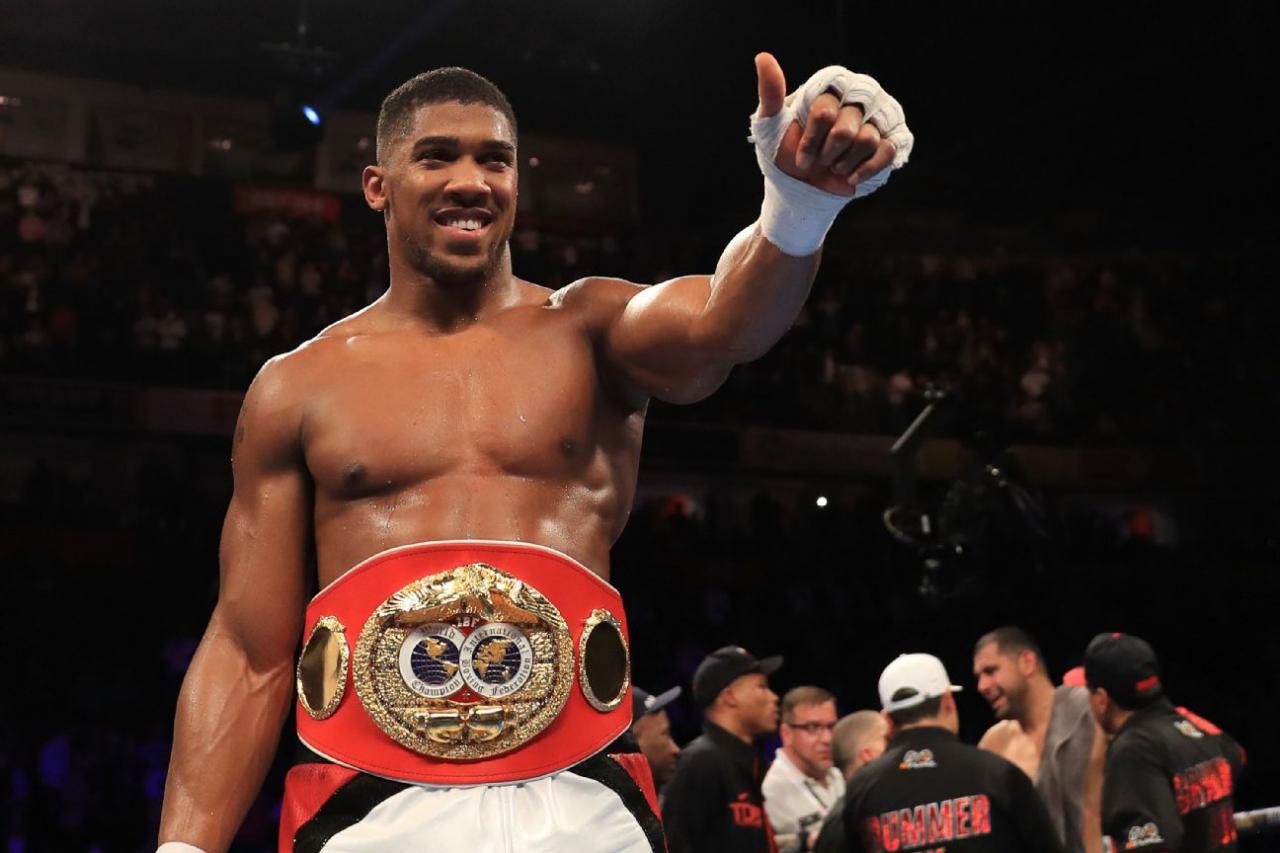 Catch live coverage of the massive heavyweight clash between Anthony Joshua and Wladimir Klitschko on 29 April from 19:00 (CAT)
– LIVE on Kwesé Free Sports and Kwesé Sports 1. Click here to find out where, when and how you can watch this showdown on Kwesé TV!

Joshua makes no secret of his Nigerian heritage. If anything, he embraces it. His middle name, Femi (short for Oluwafemi), is as Nigerian as Nigerian is. On numerous occasions he has not been shy to speak about his Nigerian roots.
In one post-fight interview muckaround with Nigerian reporter Oma Akatugba, he even attempted to speak some of his native Yoruba language, and the map tattooed on his shoulder tells its own cultural tale. It is a reflection of how connected he has tried to remain to his African roots.
It was that connection that drove him to try and represent Nigeria at the 2008 Olympic Games, only to be turned down by the country’s boxing coaches.
Obisia Nwankpa, former Commonwealth champion, world title contender and chief coach of the Nigerian boxing team, tells the story: “He reached out to us, asking to be part of our Olympic team, so we invited him to come down and take part in trials.

“Unfortunately, he did not appear when we asked him to and came down only when we had finished our trials, finalised our team and were about to travel for a training tour. Maybe other coaches would have accepted it, but I could not.
“It’s a pity he did not get his chance at that time, but the two boxers we selected then, Durodola Olanrewaju and Onorede Ohwarieme, were outstanding and experienced and there was no way I was going to drop them for somebody I had not even seen.”
Both Olanrewaju and Ohwarieme failed to go beyond their first bouts at the Beijing Olympics. Olanrewaju lost to Cuba’s Osmay Acosta, who went on to win bronze, while Ohwarieme was beaten by Lithuania’s Jaroslavas Jaksto. Nwankpa is convinced that Joshua would not have fared any better at the time.
“Those two were great boxers and the reason they did not do so well was partly because our preparations were not really so good, and partly because there is also some politics in the way they judge these fights at amateur level.”
Jeremiah Okorodudu represented Nigeria at the 1984 Olympic Games. His relationship with Nwankpa is frosty at best and they do not often agree. They hold divergent views on Joshua; Okorodudu claiming some stinging words were said to the young boxer.
“When they turned him back, they told him that if he was that good he should have fought for Britain,” Okorodudu alleges.
That snub, it seems, provided additional motivation which spurred the young boxer to fight his way into the British Olympic team. Four years later, Nigeria’s rejected nugget had become Great Britain’s cornerstone Olympic gold medalist. So is it possible that Joshua dodged a bullet by that rejection?
Nwankpa grudgingly agrees: “Well, maybe if he had represented Nigeria at that time he would not have won gold at the Olympics. And possibly, even if he had won, he may not have achieved what he is achieving now.
“Being born in England gives him a certain amount of preference and because he is representing them, he also gets a lot of support from them; good management, and world class preparation.

“Here, it would have been difficult for him to get the kind of support that he has now. And if he doesn’t have that support, he won’t have fights and if he doesn’t have fights, he cannot be champion,” Nwankpa argues.
Okorodudu again holds opposite views to Nwankpa: “I believe he could still have achieved all that if he had fought for Nigeria. We have had boxers who have done well fighting for Nigeria. Peter Konyegwachie won silver in 1984. David Izonritei also won silver and I trained Samuel Peter for three years before he went to the Olympic Games and later became a world champion.
“So if Joshua had been given a chance here, I believe he could still have won gold and still be a world champion.” On further reflection, however, Okorodudu admits it would have been a harder journey for the young champion.
“Lack of fights is a big problem for our boxers. They turn professional and there is no promotion. Joshua is where he is because he is getting good promotion, so maybe it would have been tougher for him. But because he was born in England, he could still have moved abroad, like Peter did, and that would have worked for him.”
Nwankpa, who was close to being a world champion himself until he lost the WBC title fight to Saoul Mamby, insists he has no regrets about his decision to cold-shoulder Joshua.

“I would do it again because we must always do things the right way. Simply because somebody was born abroad does not mean he can just walk into our team without taking part in our trials. That would be unfair to those who sweated to take part and qualified. So no, I have no regrets at all. But I am happy for him and I wish him well in his fight against Klitschko. It will be a very tough fight.”

Choices. We are the sum total of the choices we make. For Joshua, he is the sum of choices stemming from one made by Obisia Nwankpa. Hard not to think that in his moments of quiet introspection, he will find himself thankful for the little mercy of having suffered that rejection early in his career.

‘Against the Run of Play’ contains distorted claims – Goodluck Jonathan

Olympic games to be `scrapped’ if not held in 2021 – official

‘Against the Run of Play’ contains distorted claims – Goodluck Jonathan