Hold On Mercy, You Need To Deal With This! Where's Linda?!

It is not yet uhuru for the whirlwind that recently hit the relationship of Mercy Aigbe and Lanre Gentry as more hands decide to join in dirtying the mixture.
A Miss Opemititi Ajayi, who was once accused by Mercy of sleeping her estranged husband, has slapped Mercy right in the face with a libel!
In letter copied a popular blogger, Fashanu Chambers, which acts as Opemititi’s lawyer, has sued Mercy for alleged defamation of character of its client, Miss Opemititi Ajayi, and ‘frivolous and malicious statements altered and published respectively by the duo.’
Metronews recalls that in an interview with Broadway TV, Mercy Aigbe was quoted to have claimed that her husband slept with Miss Opemititi, a statement which the chambers claimed was ‘unsubstantiated and fabricated.’
According to the letter, ‘Linda Ikeji on her part had exclusively broke the news on her blog that Opemititi a.k.a Queen Stunner was responsible for Mercy Aigbe’s failed marriage, thereby dragging her name in the mud without any backing evidence; an act of crime as codified in the cyber crime laws of Nigeria.’
However, the complainants (Opemititi’s) lawyers have demanded a retraction and public apologies from both Mercy Aigbe and Linda Ikeji in the media including Linda’s social platform and also demanded a total sum of 500 million naira each from the duo as damages. 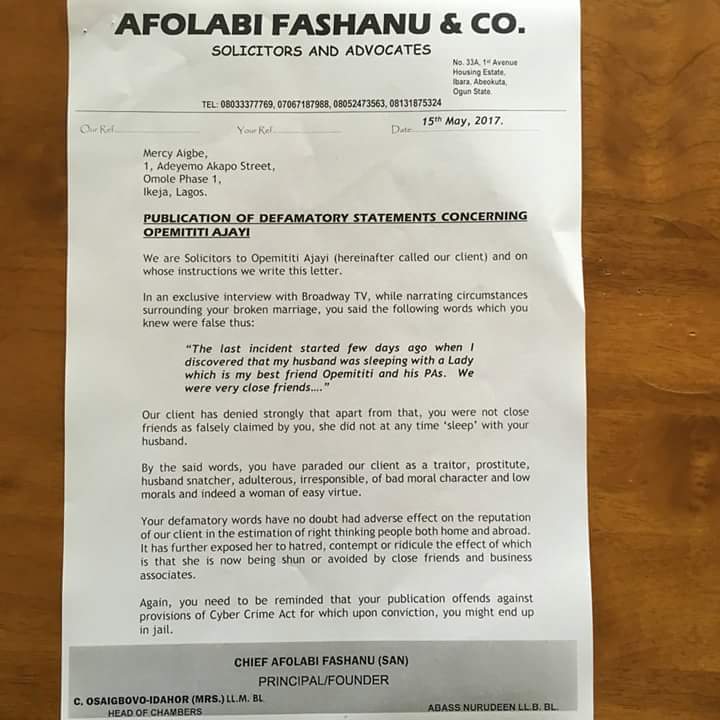 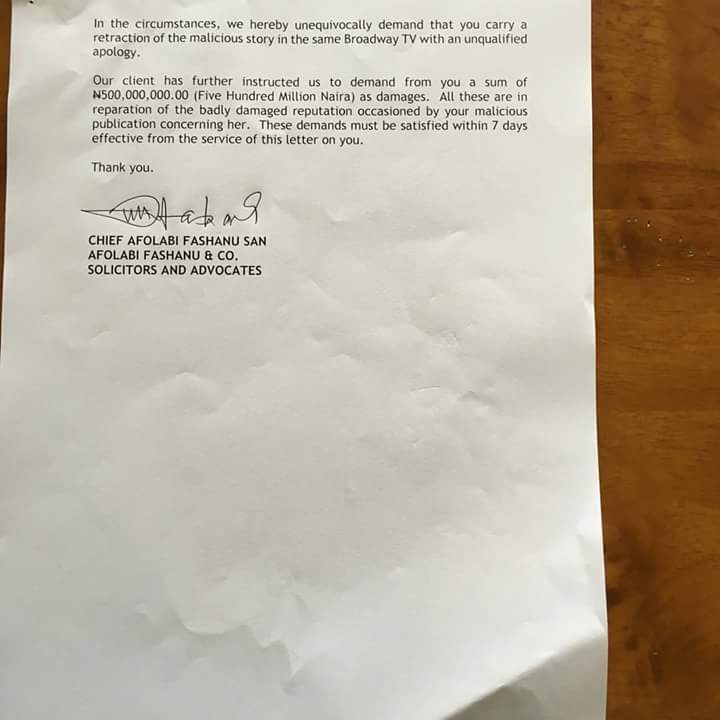 Mercy Aigbe Has A Message For You (WATCH)