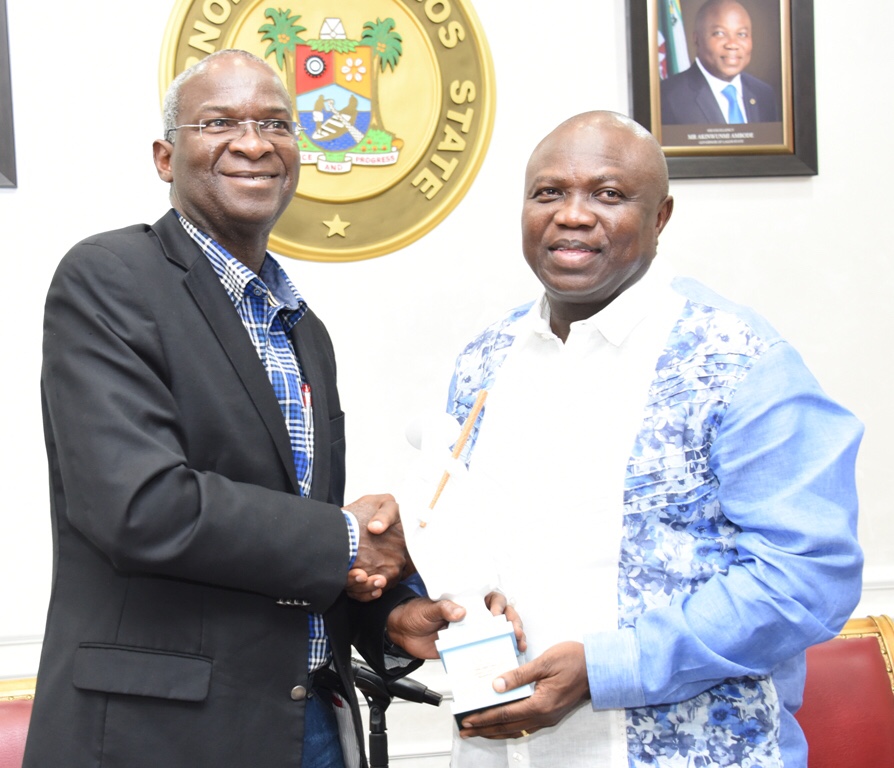 Following the contentious debate between the two leaders in the preceding week, it was most gratifying to see them pulling together and putting their differences of opinion aside in the best overall interest of Lagos State and Nigeria.

As the sitting Governor of Lagos State, Ambode has left no one in doubt about his intension and deep commitment to transform Lagos truly into a state of aquatic splendor. Nothing offers a state a golden opportunity to showcase its economic prosperity, political stability, serenity and grandeur more than its gateways. The biggest gateway not only into Lagos but Nigeria is the iconic but now derelict Murtala Muhammed International Airport.

Even more disheartening is the road from the airport to Apapa-Osodi Expressway. To call it an eyesore is probably the vilest understatement of a lifetime.  A stretch of dilapidated walls, miserable structures, a retinue of rickety buses, taxis, towing vehicles and petrol tankers littered the road in a manner that would make any conscionable Nigerian to convulse with trepidation. 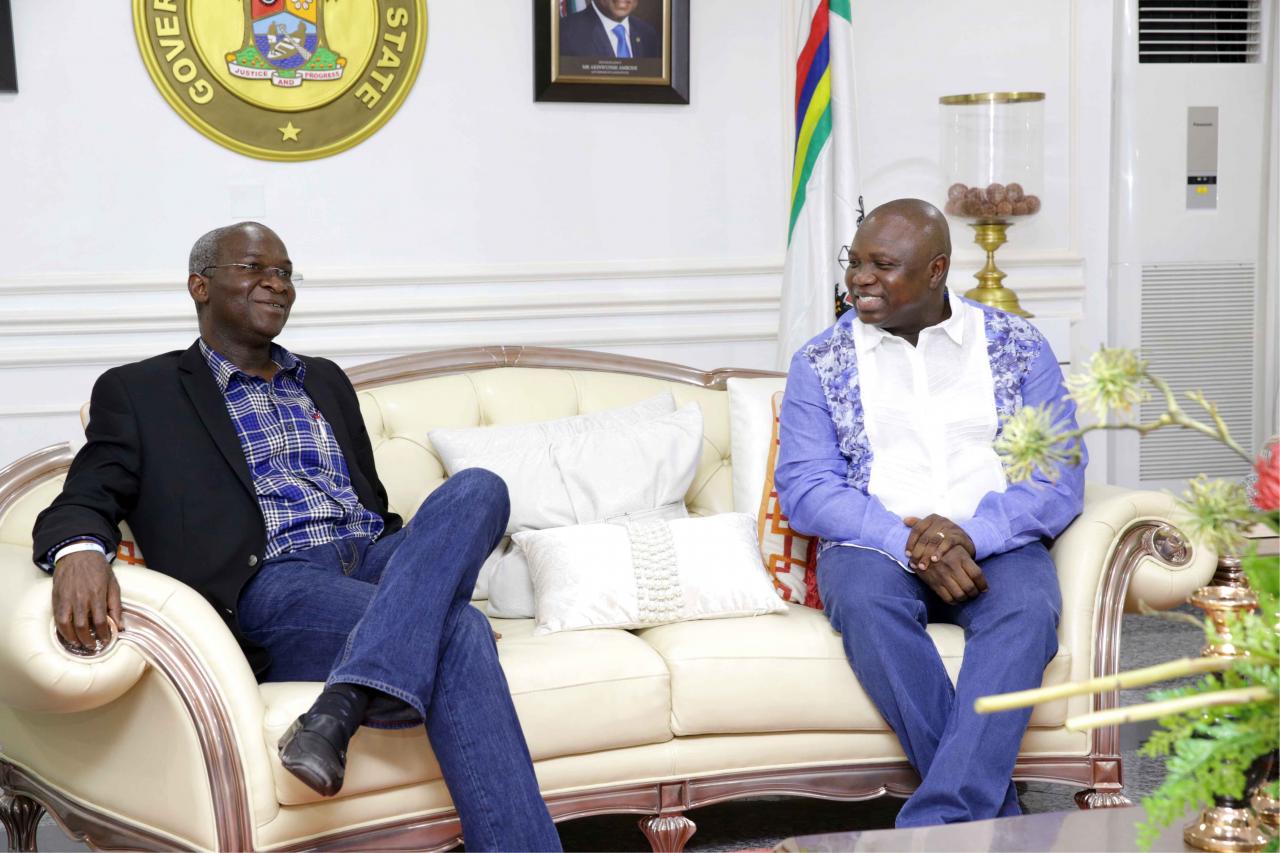 This unfathomable scenario did not just happen yesterday or last year, it has been like that for decades. A former President of the country was once quoted as saying during his campaign visit to Lagos State that he wept when he saw the state of the road. Providence smiled at the President; he won his election, spent four more years and conveniently forgot to fix the same road which had made him to shed crocodile tears when he was scavenging for votes.

As Governor of Lagos State, one of the projects Fashola would have loved to execute was the Murtala Mohammed International Airport Road. A beautiful design for the reconstruction, rehabilitation and beautification of the road was done but unfortunately, that initiative was sacrificed on the altar of politics. The Federal Government, then under a different political party, must have felt that if they collaborated with the Lagos Government and allowed the state government to fix the road, which undoubtedly fell under federal jurisdiction, all the glory would go to Lagos State and the party in power there. Sadly in Nigeria, it is not about the comfort of the people first. It is all about the ego of those in power.

Ambode must have felt that fixing the airport road now would be an easy ride because not only did his party control governments at both the state and federal level, his predecessor is the incumbent Minister of Works, Power and Housing. An aide of Governor Ambode had even said assuredly to me during a conversation that the Lagos State Government would perform the ground-breaking to fix the road latest by this March. This was not to be.

The realization that the grand effort to fix the all-important social and economic road might be jinxed again might have compelled Ambode to express his frustration in the court of public opinion.
It is therefore refreshing to see that both Ambode and Fashola are on the same page in addressing all the issues, which created friction between both leaders in the past. Beyond what they said in the public glare, instructively, what they did not say carried the bigger weight. Both came across as genuine in their intentions. Their countenances, body language and open display of affection came across as real and sincere. Ambode was matured and effusive in heaping tons of praises on his predecessors, dating it back to Asiwaju Bola Tinubu and dovetailing it down to Fashola whom he credited for his phenomenal achievements in his 8 years in office.

In unifying, they have displayed exemplary leadership. By focusing on their commonalities —  their energetic and passionate will to make revolutionary impact in Lagos.

Governor Ambodes laser focus on his target of Lagos becoming the third largest economy in Africa by 2020 has been the driving force for finding common ground with his predecessor. He said, We are all strongly committed to increasing value in Lagos and maximizing the States enormous potential for growth to better the lives of all residents in Lagos. He went on to say What binds us all is our passion for Lagos and the people and we stand together on that. Ultimately, it is about a shared goal that we have all worked tirelessly to achieve for our people and we will get it done.

One of the Federal Controllers for Works who accompanied Fashola on the visit mentioned the airport road as one of the projects the Federal Ministry of Works is planning to execute. This is where both leaders have to do more work. The Federal Government is planning to do the road while the Lagos State Government has already set aside the fund to do the road in view of its importance. If the Federal Government already has the funds to fix the road, they should commence the process immediately in order to bring to an end the misery of long suffering Nigerians and international visitors plying that road once and for all.

If on the other hand, the Federal Government does not have the resources as yet, they should allow the Lagos State Government to fix the road immediately. Posterity, and indeed all well meaning Lagosians numbering over 22 million people, will NOT forgive anyone who has had a hand in frustrating that project.

‘Bikini Beans’ Is Serving The Hottest Coffee In Washington, But Not Everyone Is Happy About It