A 22-year-old alleged cultist, Gbenga Ogunsaya, on Wednesday revealed how he killed no fewer than nine persons along with his members between May 30, 2017 when he was initiated into cultism and March 12, 2018 when he was arrested.

The suspect, who is popularly called Spartacus, said he was initiated into the cult group because of his activities as a well-known tout in Abeokuta, the Ogun State capital.

Ogunsanya was amongst the 48 suspected criminals who were paraded by the Police Commissioner in the state, Ahmed Iliyasu, at the command’s headquarters in Eleweran, Abeokuta, the Ogun State capital. 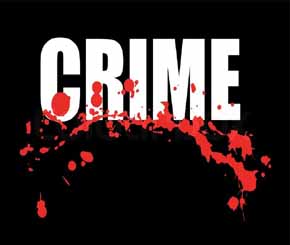 Iliyasu described the suspect as the most dangerous murderer and cultist who had been terrorising the metropolis before luck finally ran out on him.

According to the police boss, the suspect who had been living a very rough life as a tout became a gang leader and a champion within a very short time of joining the killer gang.

Iliyasu said Ogunsanya appeared at social functions uninvited with his men numbering about 30 and would start smashing vehicles and attacking people with axe.

He was said to have killed another rival cultist named Lekan in Lafenwa area of Abeokuta because of a phone.

Arrested with him, the police said, were another gang member, Quam Olubodun, one pump action gun, one cut to size locally made pistol, five live cartridges and some assorted charms.

While speaking with DAILY INDEPENDENT, the suspect confessed to the crime revealing that he started touting at the age of 17.

He said he was a butcher in Lafenwa area of the state and that the people he met in the business changed his life to become a tout.

While he was invited into cultism a year ago, Ogunsanya said it was easy for him because of his life style.

While revealing why he killed his latest victim, Lekan at Lafenwa, he said, “He collected a phone from my girl, I asked him to return it but he refused. I took my gang members to his house in order to retrieve the phone from him but he was not at home. We now met him at Lafenwa, he tried to do something but I’m greater.”

According to him, he never believed authorities can arrest him, warning other people to desist from cultism.

“If you think the law is not there it’s because you have not been caught. I regret my actions”, he said.

Another suspected cultist, Kayode Oreneye, was also paraded for allegedly killing one Shakiru, a member of a rival cult group, severed his two hands and sold the palms for a sum of N5,000 to a herbalist.

Oreneye told journalists that the late Shakiru belonged to a rival cult group, Aiye, and claimed that the deceased had attempted to kill him on three occasions but he escaped.

The suspect, who is a father of two, also claimed that the deceased had also killed three members of the Aiye cult group.

Oreneye, who confessed that he shot and killed Shakiru at Library Junction, Ilaro, on February 12, 2018, in a reprisal action, said he later sold the deceased’s two palms to one Jimoh, a herbalist.

He said, “It is true that I shot and killed Shakiru because he had killed three members of our (Aiye) cult group.

“Again, he had made attempts on my life on three occasions but I was able to escape, and I had to strike before he would strike.”

Iliyasu also used the event to tell owners of hospitals and other medical centres not to reject anyone with gunshot wound or face prosecution.

He, however, said they should report such case to the police immediately after the admission of such victim.

Iliyasu said, “I will like to intimate hospitals and medical service centres that you’re obliged not to reject any victim of gunshot. Your civic responsibility is to report immediately to the police after the admission of such victim.

“In clear terms, I want to reiterate that any medical centre or hospital that rejects any victim of gunshot will be arrested and prosecuted accordingly.”

Ronaldinho to wed his two girlfriends on same day