by Abolaji Adebiyi
in Careers
0

In this political era in Nigeria where the populace are jaded, lost trust and confidence in the present day politicians, hopes are not entirely lost with the likes of Hon. Ganiyu Abiodun Johnson.
A diligent public servant, quintessential gentleman, distinctive engineer and selfless politician, Hon. Johnson exemplifies everything a true servant of the people should be.
Hon. Johnson became the first ever public servant to serve as a government appointee when at the pinnacle of his career as the Permanent Secretary, Ministry of Works and Infrastructure, Governor Babatunde Raji Fashola, SAN of Lagos State at the time made him the Special Adviser to the Governor on Works and Infrastructure.
With excellence been a part of his person, Hon. Johnson towering performance as Special Adviser was rewarded by the succeeding government of Governor Akinwunmi Ambode in 2015 as he was made the substantive Commissioner of Works and Infrastructure in Lagos State.
During his stints as both Special Adviser and Commissioner for Works and Infrastructure in Lagos State, Hon. Johnson was pivotal to major landmark projects that repositioned the State among which are the novel Ikoyi – Lekki Cable Link bridge, Okota-Surulere Bridge, Ago Palace-Festac Road amongst many others.
With heads high up, Hon. Johnson succumbed to the numerous calls and yearnings of his people for quality representation when he resigned as the Commissioner for Works and Infrastructure in Lagos State to contest for a seat at the Federal House of Representatives representing Oshodi-Isolo Constituency 2 and he was duly elected and returned in the 2019 National Assembly elections.
In his two years in office as the representative of his people at the Federal House of Representatives, Hon. Johnson has impacted enormously on his constituent through various ingenious initiatives and projects such as the FOOD4ALL during the Covid-19 lockdown, Meet your MP (a regular interactive session with the people of his Constituency), Construction & Rehabilitation of Schools and Classrooms across the Constituency, various skills acquisition and empowerment programmes for youth and women amongst many others.
As we gear towards the next general elections in the country come 2023, there is no gainsaying the fact that proven and selfless politicians in the like of Hon. Ganiyu Abiodun Johnson are what is required in relevant positions of authority and leadership for the speedy growth and development of our country that we so desire.
Oshodi-Isolo might be known for many other things but obviously it has gifted the world with one of the most astute, selfless and performance driven politician in this era, a true beacon of hope – Hon. Ganiyu Abiodun Johnson. 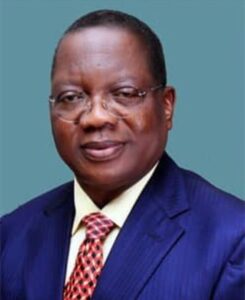 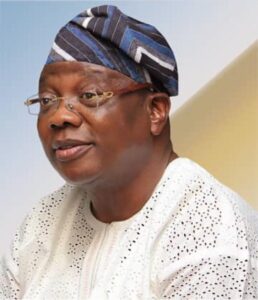