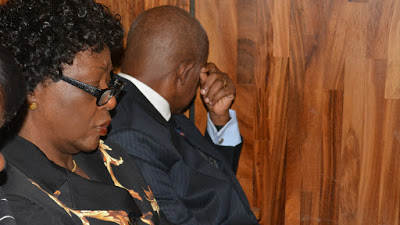 A FCT High
Court in Maitama, has dismissed the 18-count criminal charges brought by the
Federal Government against Justice Adeniyi Ademola of the Federal High Court,
his wife, Mrs. Tolulope Olabowale, and a Senior Advocate of Nigeria, Mr. Joe
Agi.