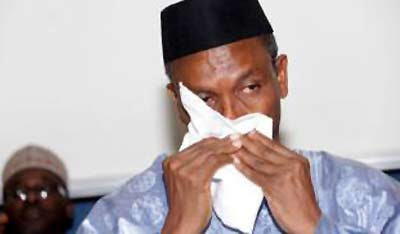 The Kaduna State Security Council has imposed a 24-hour curfew in
Jema’a and Kaura Local Government Areas of Kaduna State with immediate
effect.

The first attack occurred on Sunday in Bakin Kogi, Kaninkon Village, in Jema’a Local Government Area at about 5:30 p.m.

The casualty in Jema’a is uncertain as the attackers were believed to have been repelled by security officials.

About 12 hours after the Jema’a attack, gunmen on Monday killed 14
persons and injured many others in an attack on Ashim village, Takad
chiefdom of Kaura Local Government Area.

A statement signed by Samuel Aruwan, Special Assistant to the
Governor on Media and Publicity on Tuesday, said imposing a curfew in
the affected LGAs became necessary to protect lives and properties and
to avoid the further breakdown of law and order.

He said all security agencies on a special operation in the two Local
Government Areas have been directed to ensure strict compliance.

“Only essential workers and those on humanitarian services are
allowed movement after due clearance by security agencies,” Mr Aruwan
added.

Hours after the Kaura attack, the state government announced on
Monday that the Garrison Commander of the 1 Division of the Nigerian
Army and the state’s Commissioner of Police have relocated to Southern
Kaduna.

This according to the government is to enable the army commander,
Ismaila Isa, a brigadier general, and police commissioner, Agyole Abeh,
coordinate a determined response to renewed attacks by armed bandits on
communities in the two local governments.