Fifteen thousand maize and soy farmers in Katsina and Kaduna states will benefit from the collaboration between the West African Soy Industries Limited (WASIL) and the Business Innovation Facility (BIF) to enhance maize and soy farmers’ productivity.
This was disclosed on Thursday, June 8, 2017 in Funtua, Katsina State during the signing of a Memorandum of Understanding between WASIL and BIF on improving the productivity of Maize and Soy farmers in a replicable manner in Nigeria.
WASIL, a sister company to WACOT Limited is a member of the TGI Group, an international investment and holding company with diversified interests and investments in Nigeria, Ghana, Republic of Benin, Morocco, UAE, South Africa, China and several other emerging markets with Mr. Rahul Savara as Group Managing Director.
On the other hand, the Business Innovation Facility (BIF) is a five-year (2014 – 2019) DFID-funded market systems development programme that aims to improve the lives of the poor in three countries: Malawi, Myanmar and Nigeria.
BIF works to identify and address constraints in selected markets, providing technical assistance (and some grant funding) to businesses and other market players.
According to the General Manager, Corporate Affairs of TGI Group, Mr. Sadiq Kassim, “WASIL is currently working with the Federal Ministry of Agriculture & Rural Development and the Central Bank of Nigeria under the Food Security Programme of the Federal Government to improve the productivity of maize and soy farmers in a replicable manner. The company has commenced the setting up of a large oil milling facility in Nigeria which will provide off-take of Soybeans from out-grower farmers while its affiliate company, CHI Farms will procure maize for its feed milling activities from the out-grower farmers as well”.
“WASIL is targeting to reach 14,000 farmers in Katsina and 1,000 farmers in Kaduna State in both maize and soy value chains making a total of 15,000 farmers during the current cropping calendar”, Kassim added.
With the signing of the MOU, BIF will provide WASIL with technical assistance in realizing its objectives.
Identified areas of collaboration include Data capturing and building data base of farmers and cooperatives in Maize & Soy. While WASIL/WACOT is expected to provide its current database of existing cooperatives which had been formed earlier, BIF will support the Group in designing a pre-assessment survey form to assess the farmers’ socio –economic conditions, determine the sample size and assist with getting the same administered on ground.
BIF will also provide the required Information Technology (IT) support and database software and trained field staff to conduct registration of 15,000 new farmers while also conducting farm mapping and re-validation of database of farmers collected by WASIL staff and provide continuous supportive supervision.
Also speaking on the agreement, the Managing Director of WACOT Limited. Mr. Ujwalkanta Senapati disclosed that WASIL and BIF through the collaboration will create new farmers’ associations and cooperatives alongside expansion of existing cooperatives. Facilitate the involvement and support of relevant public agencies and state governments in formation and registration of cooperatives and Self Help Groups. Ensure inclusion of registered farmers into the National Farmers Database and also conduct a joint exercise to mobilize and strengthen farmer cooperatives in areas such as conflict resolution, group functioning, record keeping, etc.”
Continuing, Mr. Senapati further disclosed that the agreement includes training and capacity building for maize and soy farmers. In this area, WASIL will assistant BIF in setting up a project office in Funtua, Katsina State. While, BIF will provide Soy and maize crops’ experts as resource persons to develop manuals and training resources for the farmers.
BIF is also expected to support the process of farmer training needs assessment on field, review and fine-tuning of Yield Enhancement Technique training resources and other training and development tools. Support the production of promotional materials required for provision of Field Extension Services to the member farmers and the dissemination crop calendar related Information to farmer members on a regular basis (through ICT if possible).
BIF will also support in the establishment of Demo Plots to transfer Best Practices to member Farmers and the execution of Farmer Field Days (at least 2 field days) during the Growing Season for the member farmers. 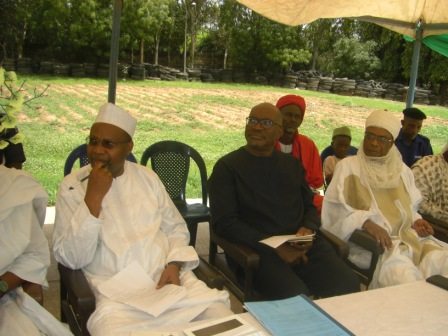 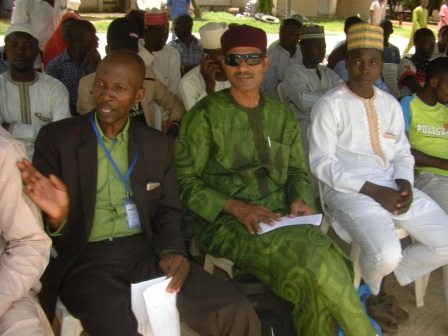 Cross-section of the farmers at the MOU signing event between WASIL/WACOT and BIF held recently at Funtua in Kastina state.