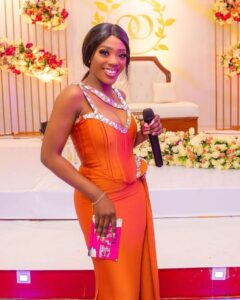 Fast rising event compere,Evelyn Adewunmi popularly known as MC Eve the energy goddess is dead. Sources confirmed that MC Eve died shortly after a car crash along Lekki-Epe expressway in Lagos on Tuesday 12 October 2021.
She was rushed to a nearby private hospital but little or nothing could be done to save her life. Her boyfriend, who drove the car was unhurt.

Among MC Eve record of high profile event engagement was Toyin Lawani’s wedding in June this year. She compered the event alongside Kenny Black. Few people that have heard about the unfortunate passing away of MC Eve are still in shock. She has a very promising career ahead of her but it is all gone now. She was even slated for an ambassadorial deal before the car accident. 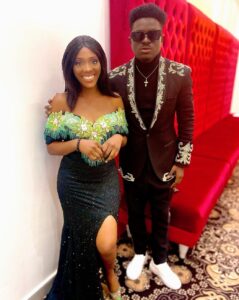