Lily Allen has fired back at a troll who attempted to shame her with a picture of her naked vagina.

The singer, who is known for her forthright views on Twitter, took a follower to task when he posted an up-skirt image of her on stage wearing no underwear.

“This photo will be on the internet forever Lils,” the mean caption read. 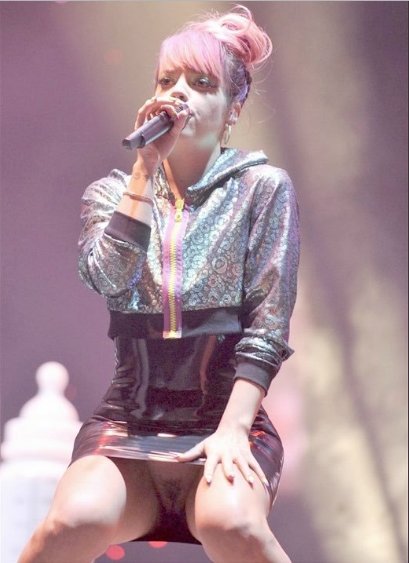 But Lily hit back in the best way, by using it as an opportunity to plug her new album.

“LOOK AT MY 2014 NEATLY TRIMMED VAGINA, 3 HUMANS CAME OUT OF THERE. NoShame June 8th,” she quote-retweeted.

However, many fans are wondering whether this is Lily’s way of grabbing her audience’s attention with shock tactics.

That image was posted on January 7 2018 – nearly five months ago – and Lily only replied to it on Wednesday this week.

She also responded to a second snap of her privates, covered only by a sheer black dress.

In the second photo, posted last night, blonde Lily is sipping a cocktail and giving the finger to someone in the background, while she flashes her vajayjay by crossing one leg over the other.

“AND ANOTHER ONE,” Lily wrote on top of it while sharing it to her 5.92million followers.

One follower queried whether the full-frontal photos were being shared by ‘plants’ to drum up publicity for Lily’s new album.

“My gf thinks this is a PR campaign (guerrilla marketing stuff). Not a fake pic but that Misty is a plant. Discuss/dispute?” he asked the singer.

But she insisted it was nothing to do with the promo work, telling him: “Sadly,no. I’ll take it tho.”

Since then, she’s retweeted her original response with a fresh link to her pre-order page for the upcoming record, and shared a supporter’s message about her tactics.

“I love how Lily Allen can turn a misogynist’s tweet into promotion for her album, keep going sis NoShame ,” wrote the fan.

It’s not the only thing that Lily has (over)shared this week. 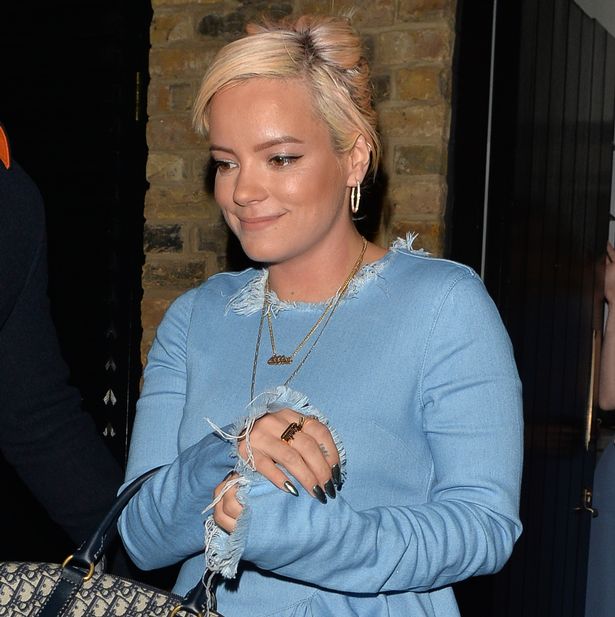 She also revealed a secret battle with booze earlier in her career that saw her down a bottle of vodka a day.

At one point, during her Sheezus tour in 2014, she even struggled to decipher between hard liquor and still water.

Lily also revealed how she’d swig spirits in the early morning before photoshoots, explaining that her dependency was “really bad”.

“I was drinking a bottle of Grey Goose (vodka) a day. Part of it was I was really heavy after I gave birth to Marnie, my youngest, and I lost a lot of weight,” she told GQ magazine.

“I was down to 8st from 14. I was trying to meet the beauty standards and wasn’t eating and I felt very insecure about the way I looked.”

She also blamed her boozing on the trauma of splitting from her husband, Sam Cooper.

“I lost my house and my kids started to feel distant and I broke up with my husband,” she went on.

To combat this, she completed six months of sobriety. She also attended 90 dependency meetings in as many days.

Today, she insists she’s back in control of her alcohol consumption – by avoiding drink and drugs unless she’s feeling “100%”.