Family of seven, one other die in autocrash

TRAGEDY struck in Enugu on Sunday when a motor accident occurred at Ugwu-Onyeama, along Enugu/Onitsha Expressway, killing a family of seven and one other person on the spot. 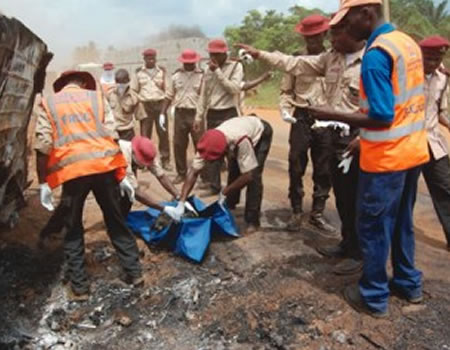 Following the accident, a detached men of the traffic division of the Central Police Station, Enugu were said to have rushed to the scene and took the victims to the Enugu State University Teaching Hospital, Park-lane Parklane and Orthopedic Hospital, both in Enugu for medical treatment.

Confirming the story, the State Police Public Relations Officer, Ebere Amarizu, said the deceased family were traveling with the Toyota car when the accident occurred, adding that their dead bodies had been deposited in mortuary of the Teaching Hospital, Enugu.

Amaraizu said “four of the injured persons are still receiving medical attention at the ESUT Parklane hospital Enugu. A full scale investigation into the incident has commenced”

Afenifere chieftain, Adebanjo fires back at Presidency over June 12