A crew member of Emirates Airline opened the emergency exit door and jumped out of the plane on Wednesday.

The aircraft was due to depart Entebbe International Airport in Uganda when the incident happened. 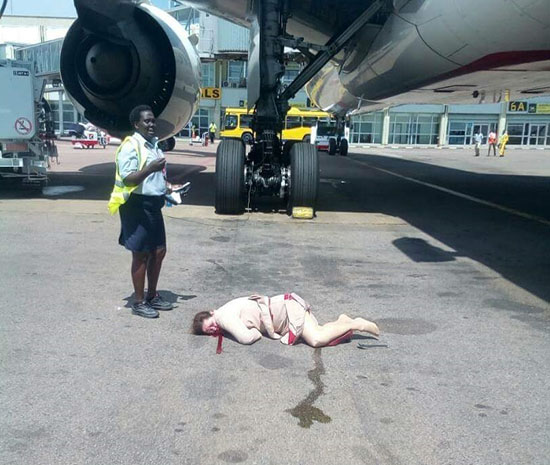 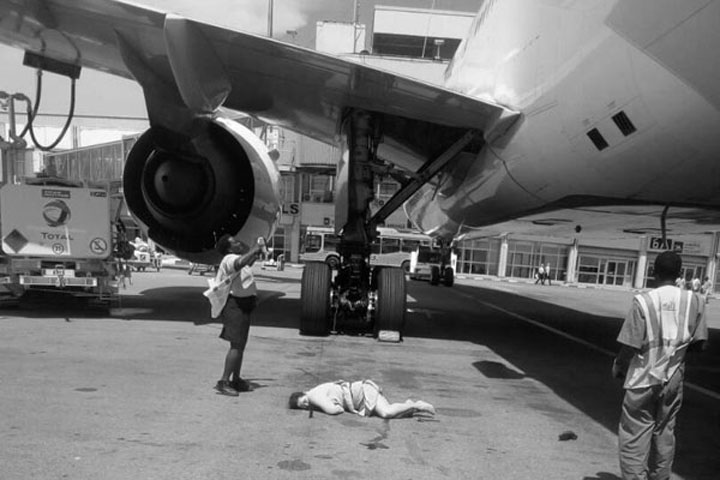 According to Uganda monitor, passengers had just alighted from Emirates flight – EK 730 and was preparing to load other passengers for Dubai when the incident happened on Wednesday afternoon.

The employee, who was yet to be identified, was immediately evacuated and taken to hospital with life threatening injuries.

The exact cause of the incident was not yet clear but some eye witnesses cited possible suicide.

Other witnesses told Uganda monitor that they had seen her in a verbal exchange with colleagues as they boarded the plane.

“Her knees were shattered and body cut with broken glass from a bottle she jumped with,” an eye witness at the airport told the newspaper.

Below is a statement by CAA about the incident: 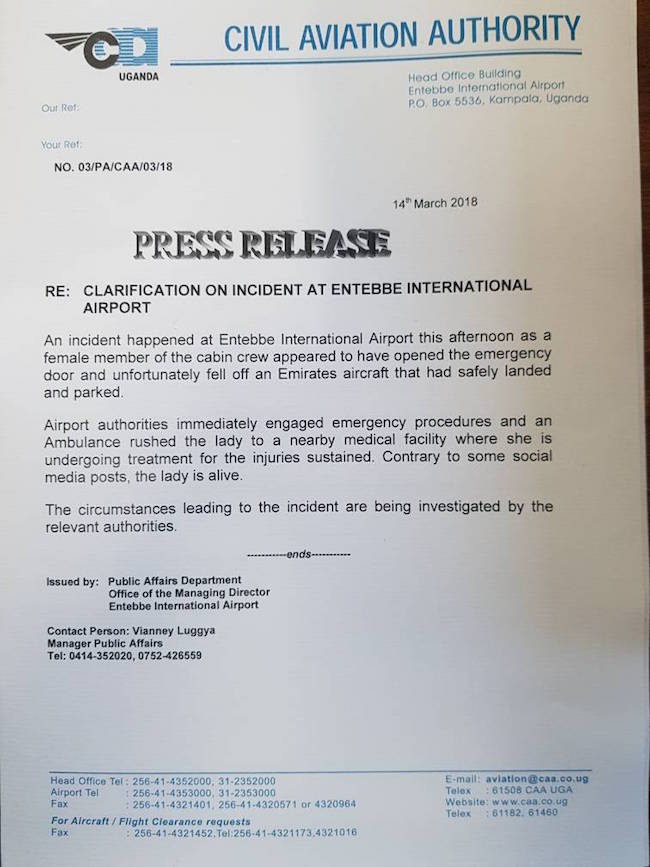