Akon Ikpeme, the Cross River State High Court judge involved in a scandalous bribery saga with Senator Daniel “Dino” Melaye has authenticated the audiotape of her conversation with the legislator published by SaharaReporters last week.
In it, the judge, who was adjudicating in his case following the 2015 election, is overhead asking for a bribe from Mr. Melaye in US dollars.
Justice Akon Ikpeme told an aide to President Muhammadu Buhari about her many encounters with Mr. Melaye, saying he tried reaching out to her after the scandal broke to encourage her to deny the existence of the conversation, promising to use his connections at the highest levels to erase the conversation and call logs from the archives of MTN and security agencies.
In the audio, Mr. Melaye also promised to assist one of Justice Ikpeme’s daughter to secure a job at the Ministry of health in Cross River. The judge did not disclose to the presidential aide how much she received from Mr. Melaye but admitted that the transactions happened more than twice. 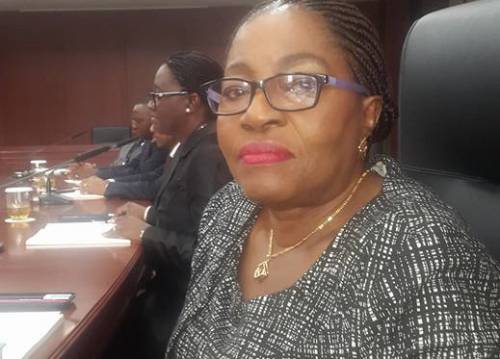 In addition, several lawyers involved in the case have affirmed that the female voice on the recording was that of Justice Ikpeme who, they say, speaks exactly as captured on the tape.
The lawyers who acted for Dino Melaye in the case said that he stopped paying their fees after a while and began to sound over-confident about the case. They suspected his refusal to pay legal fees owed them was because he had bribed Justice Ikpeme and other judges involved in his case.
One of the lawyers, who didn’t want to be identified, said Mr. Melaye panicked when his opponent, Smart Adeyemi, suddenly procured the services of a legal titan, Wole Olanipekun (SAN), to defend the case against Mr. Melaye, who allegedly did not win the primaries to secure his party nomination as required by law.
During that period, Melaye issued a statement denouncing the All Progressives Congress National Leader Bola Tinubu as plotting to oust him because of his support for Senate President Bukola Saraki.
After Justice Ikpeme first dismissed the case of Mr. Adeyemi for filing outside the prescribed timeframe, the Court of Appeal returned the case to the lower tribunal, curiously insisting that the case be heard by Justice Ikpeme’s panel. Justice Ikpeme is said to have subtly suggested that the Court of Appeal President, Justice Bulkachuwa, was in on the deal as well.
Mr. Adeyemi’s legal team wrote petitions to Justice Bulkachuwa to disqualify the Justice Ikpeme panel, but she didn’t budge, and Mr. Adeyemi lost for the second time on technicalities, apparently, Mr. Melaye had bribed Justice Ikpeme for the second time.
Mr. Adeyemi’s appeal at the National Assembly Election Petition Appeals Tribunal suffered a similar fate. It is interesting to note that of the three Senators from Kogi State, only Mr. Melaye’s election was not nullified at the tribunal on account of irregularities.