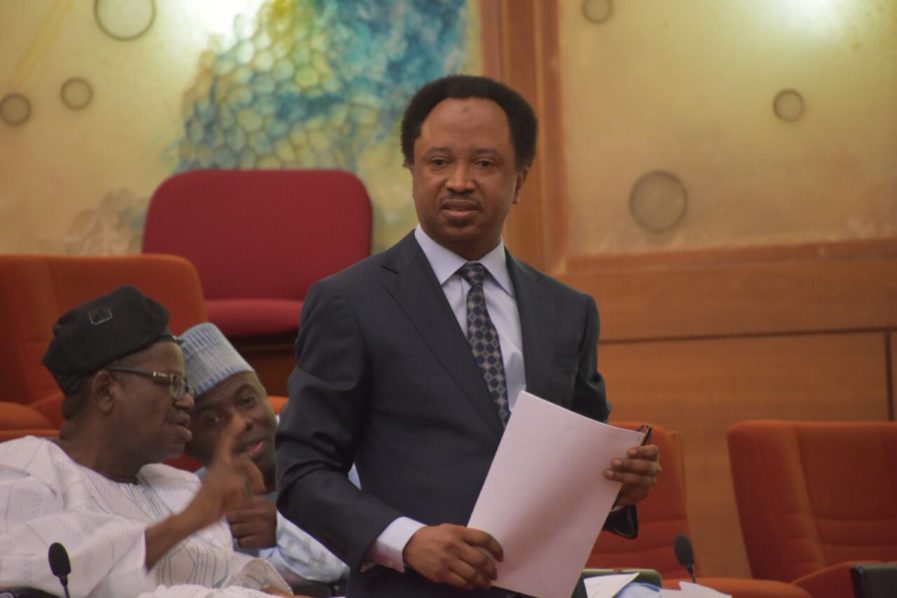 Senator Shehu Sani (APC Kaduna Central) says the All Progressives Congress [APC] may lose Kaduna State in the 2019 governorship election if the state government’s “seeming anti people policies“ continue.
Sani spoke to newsmen in Kaduna on Tuesday shortly after he received a complaint from traders on Governor Nasir El-Rufai’s plan to demolish the famous Kasuwan Barci Market in Kaduna.
“The anti-APC policies of the administration in Kaduna state is sending people away, many people now only have faith in Buhari not in the party anymore.
“Most programmes of government in the state are not in favour of the people and if it continues, APC will pay for it.
“The current administration’s policies are only designed to please some certain group of people in the state,“ Sani claimed.
He urged the state government to shelve the plan to demolish the market, famous for its textile and second-hand clothing. The Senator noted that demolishing such market with 4,800 shops at this time of hardship would spell doom for thousands of families.
“I identify with the pains, concerns and fears of the traders and I appeal to the governor to think twice with a human heart over the issue.
“ We promised to deliver change to the country and as democrats, whatever we will do, we need to consult and carry the people along.
“We cannot treat people with arrogance and insolence and expect them to trust us again,“ Sani said.
According to him, the traders are angry and fear that if the market is demolished, it will be difficult for them to regain their shops back.
Sani, who is the Senate Committee Chairman on Domestic and Foreign Debts, advised El-Rufai to suspend the demolition plan and concentrate on completing projects he had started.
“For all the project he started, he has not completed any. So, the mistake will be when he demolishes the market and there is no funds to reconstruct it, what will happen to the traders and the place?“
He noted that most government activities would shut down by 2018 when political activities begin ahead of the 2019 general election.
“The market had provided jobs for more than 30,000 men and women, with many youth off the street and engaged in tailoring, craft work and trading.
“Engage the traders in reconstructing the market by giving them a specific design to reconstruct with a deadline,“ he suggested.
Sani told the traders that he would forward a memo to the governor on the issue and advised them to also seek dialogue with the state government to resolve the matter. He also advised them to approach the state House of Assembly, religious leaders and human right organisations for intervention.
Previous Post