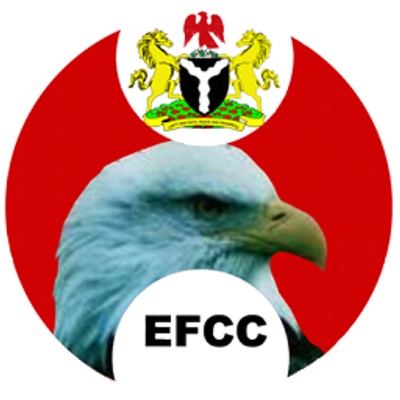 Attempt by a prosecution witness to distort facts in the ongoing trial of a former Chief of Defence Staff (CDS), Air Chief Marshal Alex S. Badeh (rtd) was on January 10, 2017 exposed by counsel to the Economic and Financial Crimes Commission, EFCC, Rotimi Jacobs, SAN.

Badeh is being prosecuted by the EFCC before Justice Okon Abang of the Federal High Court in Maitama, Abuja. He is standing trial alongside a firm, Iyalikam Nigeria Limited, on a 10-count charge bordering on money laundering, criminal breach of trust and corruption to the tune of N3.97billion.

He allegedly abused his office as CDS by using the dollar equivalent of the sum of N1.4billion removed from the accounts of the Nigerian Air Force to purchase properties in choice areas of Abuja between January and December, 2013.

The offence contravenes Section 15 (2) (d) of the Money Laundering (Prohibition) Act, 2011 (as amended) and punishable under Section 15(3) of the same Act.

The witness, Joseph Okpetu, who testified as PW13, told the court that he received hundreds of millions of naira from Badeh for various construction projects.

Okpetu, a builder and managing director of Habco Nigeria Limited, Kunychun Drilling Services and Dilplast Nigeria Limited, narrated how he was contracted to build a 3-bedroom duplex in Yola valued at N150million for Badeh; renovate Badeh’s country home at Mubi, Bintin in Gwoza local government area of Adamawa State at the cost of N50million; paint one of Badeh’s homes in Zone B, Abuja amongst other renovations, and purchase plants and equipment for a farm belonging to the former defence chief.

He said: “Yushau (former Director of Finance and Accounts of the Nigeria Air Force during Badeh’s tenure) had called me to his official residence and showed me a drawing of a building to be constructed in Yola for his boss, Badeh. Initially, the quote was N200million but after scaling down some of the features of the house, the price came down to N150million.

“At the meeting, Yushau gave me the dollar equivalent of N50million as mobilization. The other payments were done later in two installments. During construction, Badeh visited the house on two occasions (with Yushau) and there were no complaints.”

The drawing in respect for the Yola duplex was tendered and marked as Exhibit T88.
Confusion however started when the witness began to contradict the statement he had earlier volunteered to the EFCC.

Sensing a foul play, counsel to EFCC, Rotimi Jacobs swiftly drew Okpetu’s attention to the contradictions, asking the witness if he still stood by what he had said in his earlier statements.

“I do not stand by my statement to the EFCC”, Okpetu replied.

Upon further examination by Jacobs, Okpetu admitted that the counsel to the second defendant (Iyalikam), Samuel Zibiri, SAN, who was holding brief for S. T. Ologoorisha, was in fact, his close family friend.

“On the first day that I was arrested by the EFCC, Zibiri, came to bail me. Like me, he is from Edo State. We are family friends”, he confessed.

At this point, Justice Abang adjourned to Thursday, January 12, 2017 for continuation of trial.