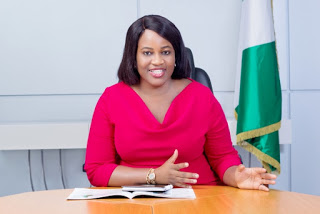 Operatives of the Department of State Services, DSS, has raided the
headquarters of the National Pension Commission, PenCom, in Abuja,
following the refusal of the former Director-General of the commission,
Mrs Chinelo Anohu- Amazu, to hand over to her successor, Daily Times
reports.

Despite her being sacked on Wednesday by President Muhammadu Buhari,
reports say the ex-DG of PenCom was still dishing out instructions as of
Friday.

The report has it that when the DSS operatives visited the PenCom
office on Saturday, Anohu-Amazu evaded arrest and went into hiding.

Meanwhile, the secret police is said to have ordered that she appear in the office on Monday.