0
SHARES
1
VIEWS
Share on FacebookShare on Twitter
Internet trolls are powerless without anonymity:
By obscuring their identities behind random screen names, they can
engage in hateful exchanges and prey on complete strangers without fear
of retaliation. In doing so, they illustrate one troubling
characteristic of humankind: People are shitty to people they don’t
know.
Fortunately, curbing this tendency is extremely straightforward, scientists report in a new study. 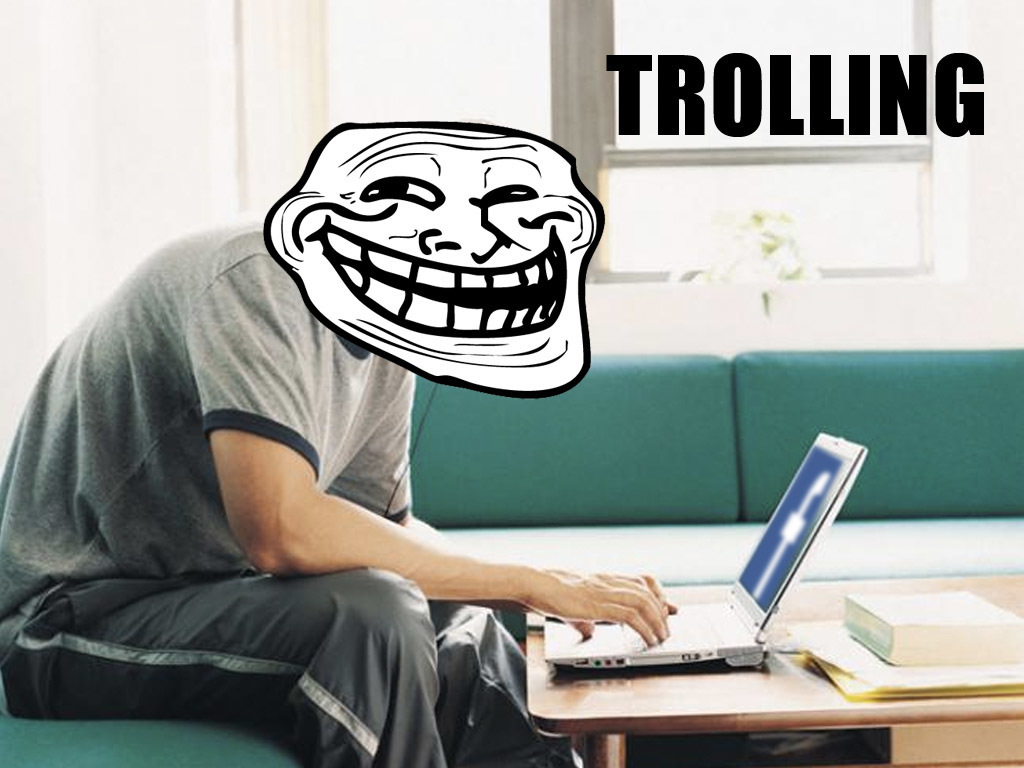 In a new paper to be published in Science Advances, a team of scientists reveal a simple solution for getting people to cooperate:
“Removing the cloak of anonymity seems to go a long way towards making
people more thoughtful about their actions,” Hokkaido University
biophysicist and economist Marko Jusup, Ph.D., a co-author on the study, tells Inverse in an e-mail.

This
conclusion may seem like a no-brainer, but in fact it’s not always
clear what factors lead people to cooperate rather than engage in
conflict.
Trolling: Easy to do when people can’t see your face.
To
investigate what makes people choose conflict over peace, he and his
colleagues from China’s Northwestern Polytechnical University ran a
slightly modified version of the classic social cooperation experiment
called the “Prisoner’s Dilemma.” The setup was simple: Pairs of
strangers in mock court are told they’ll get a prize by testifying
against the other but that they’ll both get fined if both of them do so.
If they both remain silent, however, they’ll both walk free. The idea
is that ratting on your partner gives you a better reward than
cooperating with them, so it’s expected that most rational-thinking
people won’t play nice. In their experiments, Jusup and his colleagues
modified this concept slightly to see whether people would play nice if
they weren’t strangers.
Their 154
participants had “prior knowledge of each other” and were roughly the
same age and had the same interests,” Jusup says. They were given the
option to maintain or revoke their anonymity during the game, which
lasted multiple rounds. The scientists found that when participants knew
each other, they were much more likely to cooperate with each other
than if they were total strangers. “This paid out very well for all –
so, winners play nice,” he said in a statement.
The
central question in studying social cooperation, Jusup says, is this:
What do prospective cooperators know about each other? The research
shows that mutual recognition — even just seeing a familiar face —
forces people to act more thoughtfully.
The power of mutual recognition was illustrated in famous ferry scene in The Dark Knight, which showed a much more sinister version of the same Prisoner’s Dilemma. In the scene, the Joker
traps two groups of Gotham citizens in separate ferries; both ferries
are lined with explosives, and each group has a detonator to blow the
other up and set itself free in the next 30 minutes. If neither group
triggers the detonator, the Joker will blow them both up. The Joker, of
course, thinks that both groups, comprising complete strangers in an
evil town who owe each other nothing, should have no problem blowing up
the other. But the captives, amid their deliberations, come to an
important realization: They’re not strangers but together are
Gothamites, and thus they share a set of beliefs of morals that binds
them.
Ultimately, recognizing similarities
involves exchanging details about identity, and this in turn builds
trust. Jusup thinks we can apply the findings from his study to pretty
much any situation that requires cooperation. “It would seem that people
should take a little time to exchange information about one another
before getting down to ‘business’,” he says. “Such an exchange,
according to our results, should put people into a more cooperative
frame of mind.”
As for dealing with internet
trolls, he thinks it’s much more likely that online conversations will
stop de-volving “towards the point where participants simply insult one
another” if users are forced to share some personal information for
others to see, like a simple profile or a photo.
But
even niceness has its limits, Jusup found: Cycles of conflict and
retaliation began when one participant punished the other for screwing
them over previously. He and his colleagues thought that punishment
might lead a participant to wise up and act more cooperatively the next
time around, but the results suggest social cooperation isn’t that
straightforward. “This high level of onymity bears a question: To what
extent could onymity be lowered and still promote cooperation?” Jusup
asks, noting that his follow-up work will address this question. While
there’s little doubt that forcing anonymous trolls to reveal themselves
will reduce their hatefulness, it remains to be seen how to deal with
trolls you know.
Previous Post

#SmackDown Boy Decided To Embarrass His Date On Social Media, Her Response Is Savage!