Dog refuses to leave unconscious owner while waiting for paramedics

An Argentinian dog named Tony who refused to leave his unconscious owner’s side, has become an unwitting social media star after pictures of him were shared online.

Jesus Hueche fell six feet from the tree he was pruning outside his home in Bahía Blanca, cracking his head on the pavement below.

Luckily, his neighbours noticed and called an ambulance. But while he waited, Tony never left his side. 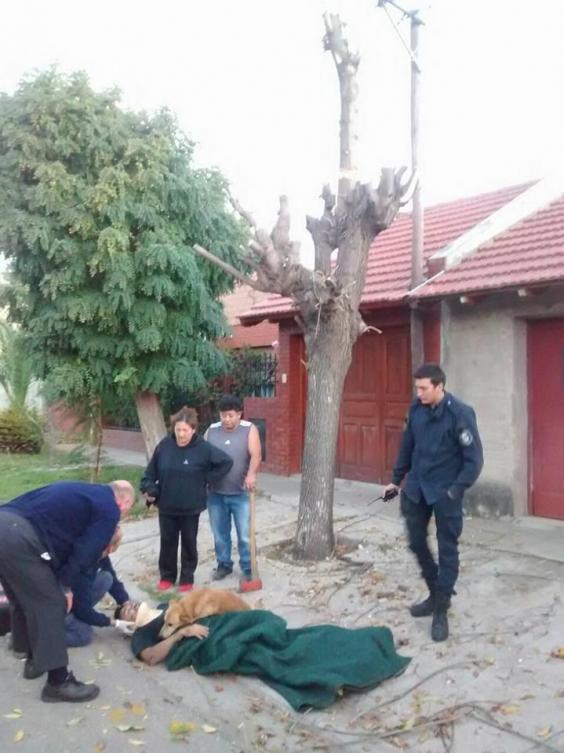 They fitted him with a neck brace, but when they tried to load their patient into an ambulance to take him to the hospital, Tony tried to climb inside with him, the organisation said on its Facebook page.

Eventually they managed to keep Tony clear and transport Mr Hueche to hospital, where he was treated for minor injuries and discharged on the same day. 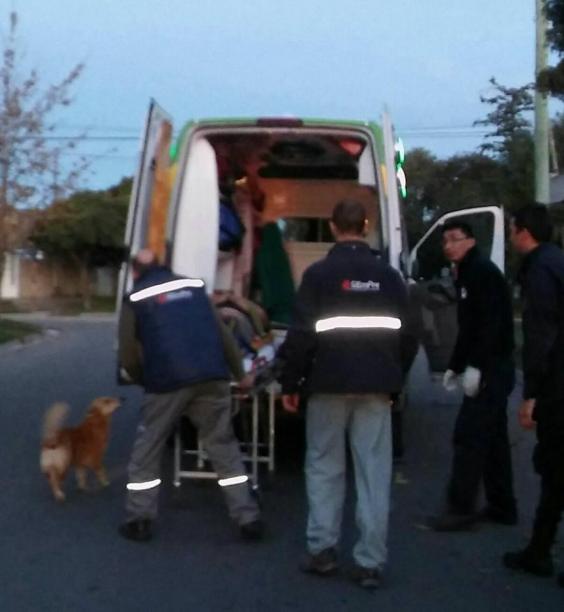 “He goes everywhere with me and lies in my bed until my wife kicks him out,” Mr Hueche told Argentinian radio station La Brujula 24.

“One day we saw him on the street and adopted him, gave him love, food and is part of our family. For me he’s like a son.”