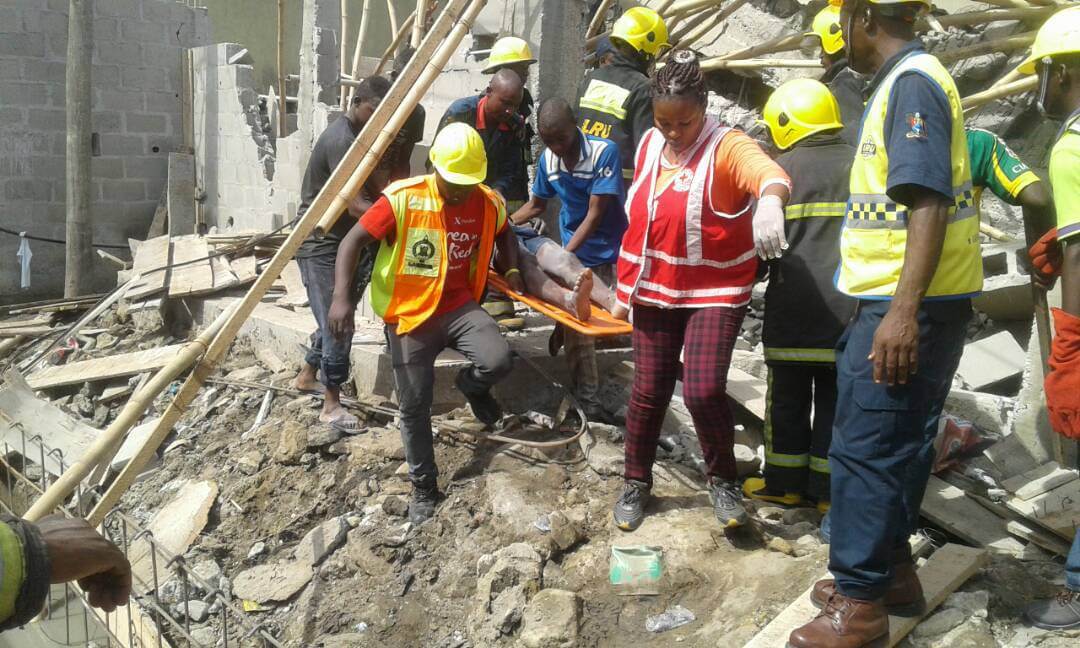 Rescuers pulled out the body of another victim from the rubble of 2/4, Richard Abimbola Street, Ilasamaja, Isolo, Lagos building.
The General Manager, Lagos State Emergency Management Agency, LASEMA, Adesina Tiamiyu, told NAN on Sunday that the body was discovered on Saturday night.
“The body was pulled out during the post disaster clearing of the site of the collapsed building at Ilasamaja bringing the number of deaths to four people, while those rescued alive remain 19.
“The body which is yet to be identified, has since been deposited by the State Environmental Health Monitoring Unit at the Mainland Hospital Mortuary,” Mr. Tiamiyu said.
The general manager said that the agency would further carry out clean up of the area.
Rescue operations began at about 2.45 p.m. on Thursday, following the collapse of the three-storey building under construction.
Two weeks before that, a two-storey building under construction in Lekki area of Lagos collapsed, killing two people.
The state government has since sealed off the building till the contractor provides evidence of building approval.

Pomp As Babalaje of Ilaro Adds Another Year! (PHOTOS, VIDEO)