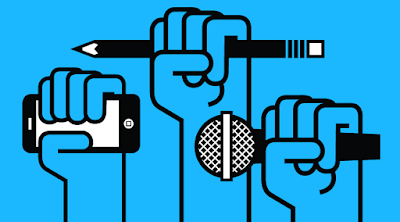 A Senior Magistrates’ Court sitting in Kano, on Thursday slammed a bail of N500,000 on each of the five men accused of obstructing an NTA female journalist from discharging her professional duties.

They are facing a five-count charge of criminal conspiracy, using criminal force, inciting disturbance, mischief and obstructing a public servant from discharging her duty.

The five men had pleaded not guilty.

“The accused persons, on April 10 at about 3:55 p.m., criminally conspired to obstruct Binta from performing her lawful and official duty at Kofar Wambai Market as assigned by the NTA Kano.

“The accused persons, with others at large, beat them up and tore Nasir’s clothes,” he told the court.

Senior Magistrate Aminu Fagge, who granted bail to the accused, ordered that each must produce two sureties and one of the sureties must present three years tax certificate.

He also ordered that one of the sureties should either be the father or relative of the accused persons.

The News Agency of Nigeria (NAN) reports that the magistrate also directed the accused and sureties to deposit two recent passport-size photographs with the court.

He ordered all the accused persons to be reporting to Rijiyar Zaki Police Division in Kano every Monday.

The case was adjourned to May 15, for mention.