In an exclusive report by Metronews NG on the suspension of Copyright Organisation of Nigeria, COSON, one of the foremost record label companies in Nigeria, Premier Music Publishing Company, has hailed the decision of National Copyright Commission to put a stop to the reign of anarchy by the Tony Okoroji led leadership.

Find attached a letter the company wrote in response to the NCC’s decisions: 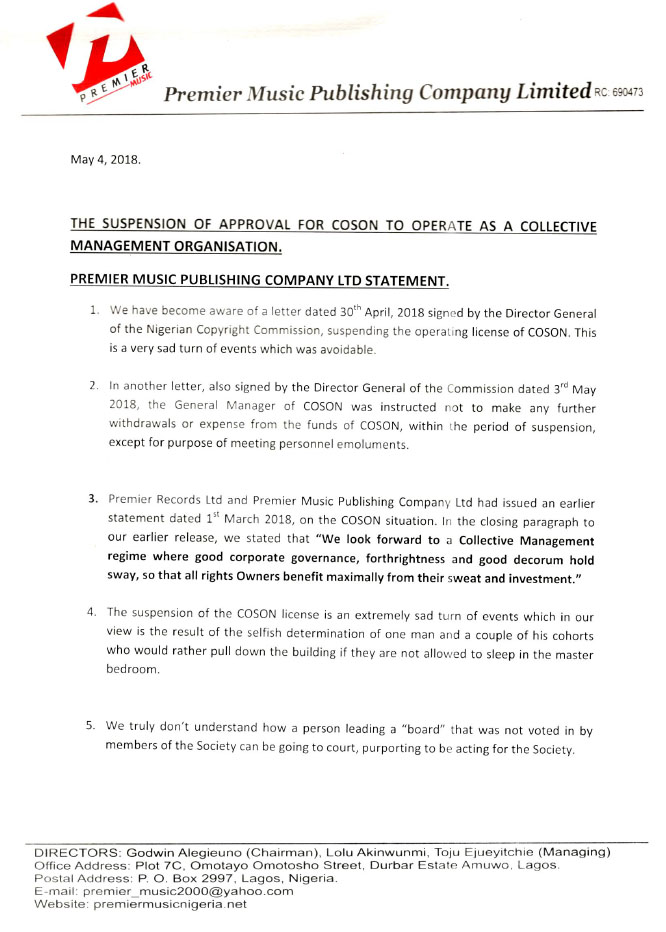 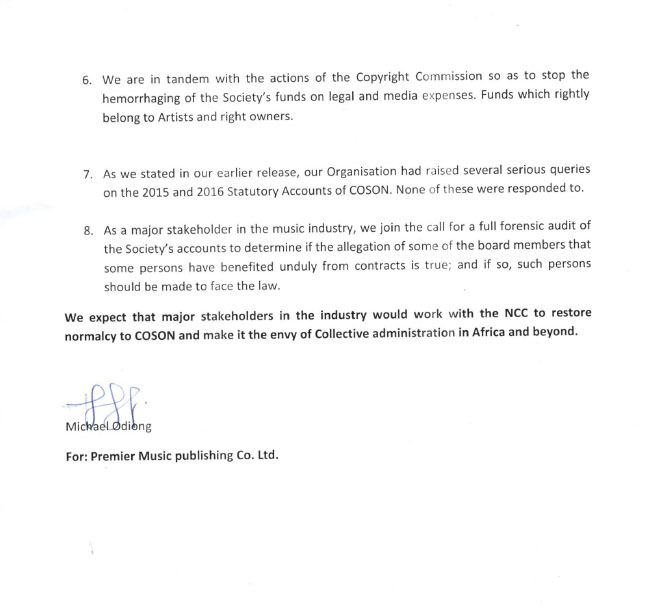 In a related development, some of the musicians whose career and songs are being jeopardise by Tony Okoroji’s insistence in seeing to the ruins of the organisation, Audu Maikori, tweeted that:

We just received notice that @COSONNG license has been suspended due to the refusal of GM of @COSONNG to comply with the directive of the regulator. Imagine the CEO of a telco refusing to comply with a directive from @NgComCommission. I hope Tony Mugabe is happy at last. 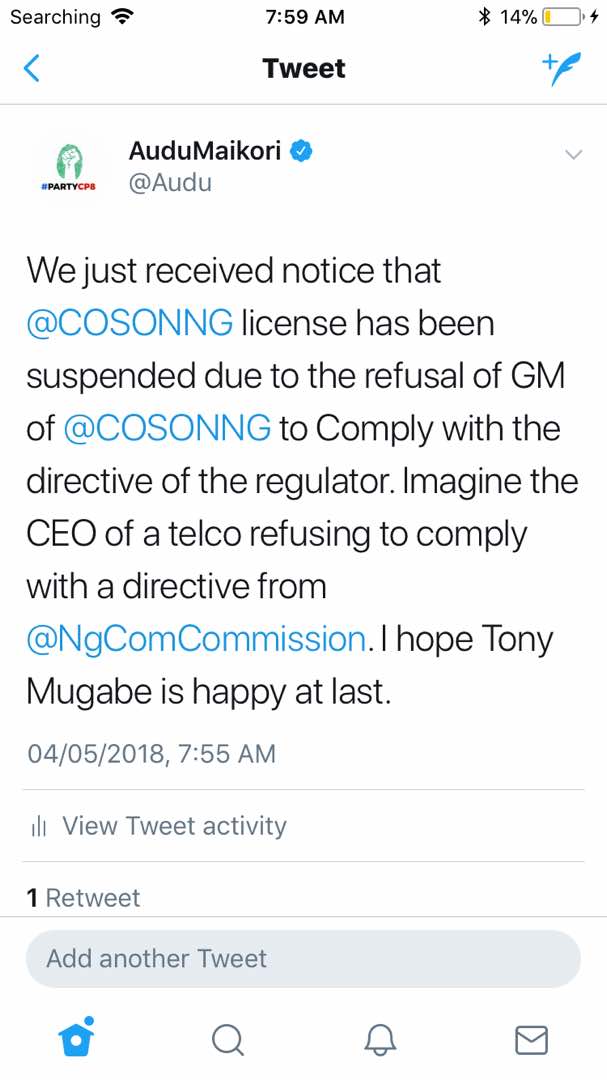 It is hoped the destructive elements in COSON would have a rethink and allow a legally and youthful elected Efe Omorogbe’s leadership steer the organisation to a promised land.