Authorities in western China are prohibiting parents from naming their children Islamic names in the latest effort to dilute the influence of religion on life in the ethnic Uighur minority heartland.
“Muhammad,” ”Jihad” and “Islam” are among at least 29 names now banned in the heavily Muslim region, according to a list distributed by overseas Uighur activists.
If a parent chooses one of the barred names, the child will be denied government benefits.
The names listed on the government document disseminated by Uighur groups include several related to historic religious or political figures and some place names.
“Imam,” ”Hajj,” ”Turknaz,” ”Azhar” and “Wahhab” are on the list, as are “Saddam,” ”Arafat,” Medina” and “Cairo.”Judgment calls about which names are deemed to be “overly religious” will be made by local government officials, according to Radio Free Asia, the U.S.-funded radio service which first reported the naming directive.
An official at a county-level public security office said some names were banned because they had a “religious background.” It is unclear how widespread the ban is or whether it is tightly enforced. The official refused to identify herself, as is common with Chinese officials.
The naming restrictions are part of a broader government effort to secularize Xinjiang, which is home to roughly 10 million Uighurs, a Turkic people who mostly follow Sunni Islam. 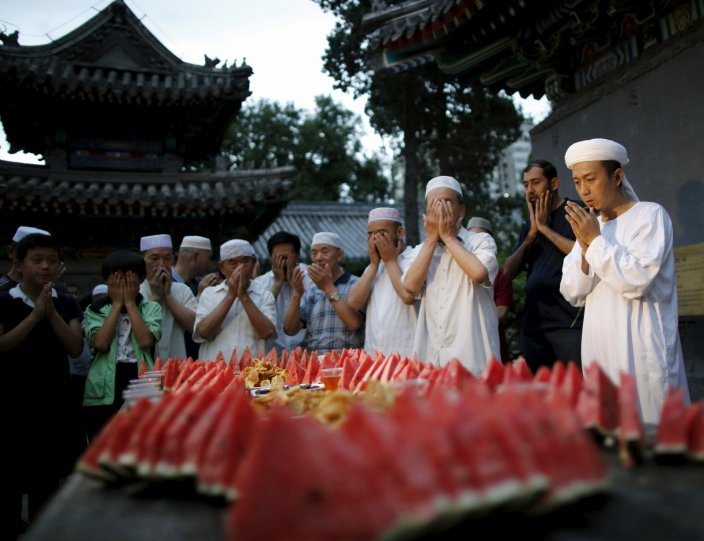 Top officials including Xinjiang’s Communist Party chief have publicly said that radical Islamic thought has infiltrated the region from Central Asia, protracting a bloody, years long insurgency that has claimed hundreds of lives.
Government-linked scholars and high-ranking officials, including Chinese President Xi Jinping, have urged local governments to better assimilate their Muslim minorities into the majority Han Chinese culture, and many ethnic policy hard-liners have decried a trend of so-called “Arabization” affecting China’s 21 million Muslims.
Aside from the prohibition on Islamic names, local Xinjiang officials have, at times, strongly discouraged or prohibited Islamic veils, while government-linked commentators have called for bans of mosques with domes or other Middle Eastern architectural styles.
Uighur activists and human rights groups say that radical thought had never gained widespread traction, but restrictions on religious expression are fueling a cycle of radicalization and violence.
For instance, “Mehmet,” the widely seen Turkic version of “Muhammad,” is considered “mainstream” in Xinjiang and would likely be permitted, RFA reported.
Dilxat Raxit, a spokesman for the overseas World Uighur Congress activist group, called the naming directive a policy bearing a “hostile attitude” toward Uighurs.
“Han parents choosing Western names are considered trendy but Uighurs have to accept Chinese regulations or else be accused of being separatists or terrorists,” Raxit said.

Government to crack down on all illegal activities along Goa beach

Government to crack down on all illegal activities along Goa beach