One of the leading indigenous pharmaceutical companies in Nigeria, Drugfield Pharmaceuticals Limited, has launched and donated its highly effective baby care ointment, Chlorxy-G gel, in Ghana.

The Ghana Health Service (GHS) acknowledged receipt of the ten thousand tubes of CHLORXY-G gel, amounting to GH¢100,000.00, in an event held at the government house in Accra to help promote its policy change in umbilical cord care in new-borns.

The donation by the Drugfield Pharmaceuticals Limited, manufacturers of Chlorhexidine digluconate 7.1 per cent gel, was in support of the Ministry of Health and GHS’s quest to improve neonatal healthcare to reduce morbidity and mortality.

Dr Patrick Aboagye, the Director of Family Health, GHS, while receiving the medications, thanked the company for its partnership drive in the efforts towards the reduction of neonatal infections and deaths.

He said the policy decision by the Ministry and GHS to gradually replace the use of methylated spirit with the CHLORXY-G gel in cord care, was in line with WHO’s new recommendation issued in 2014.
He stated that neonatal mortality constituted a high proportion of global infant deaths, accounting for an annual three million new-born deaths globally, with approximately 13 per cent of these resulting from infections.

Recent data in Ghana attested to the fact that the primary cause of new-born deaths was infections, accounting for 31 per cent, preterm birth complications 29 per cent, and intra-partum related events 27 per cent of neonatal mortality respectively.

Dr Aboagye explained that the freshly cut umbilical cord was a common entry point for invasive bacteria that caused new-born sepsis and death, as they rapidly occupied the moist cord stump and have direct access to the bloodstream through the umbilical vessels that remained opened for the first few days after birth.

He warned mothers and caregivers to desist from the use of other harmful substances as a dressing for the umbilical cord as the practice led to infection, with potential spread to the surrounding tissues and blood stream.

He said the Chlorhexidine digluconate 7.1 per cent gel (CHLORXY-G gel) would currently be used alongside methylated spirit, until effective education was given to mothers and care givers, especially through the antenatal clinics, to ensure the effective and efficient management of umbilical cord and save new-born lives.

Mr Akande Olusola, the Marketing Director of Drugfield Pharmaceuticals Limited, who presented the medications, said it had been clinically tested and proven to be very safe for use in new-borns.

He said the medication was affordable, and provided a lasting and residual antiseptic protection to the umbilical cord that lasted for over 24 hours, hence its once daily application.

The CHLORXY-G gel had a broad spectrum of antibacterial and antifungal actions providing protection from infection, and said it was expected that the donation would go a long way to promote adherence to the new policy and further reduce neonatal morbidity and mortality in Ghana.

Find the photos and video below. 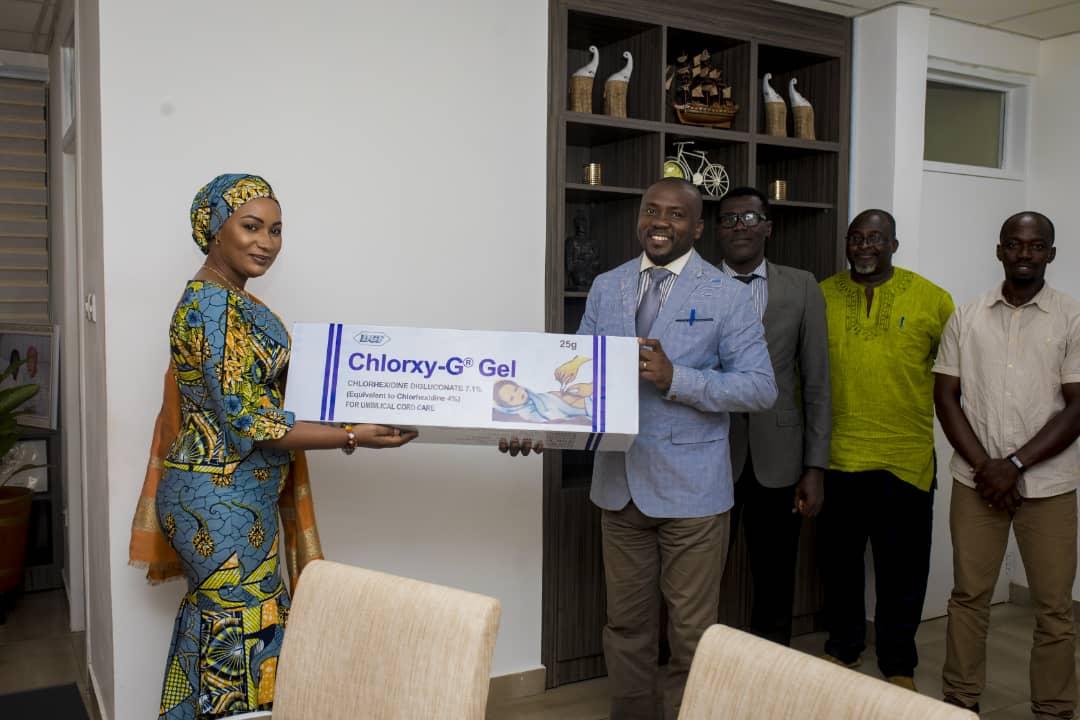 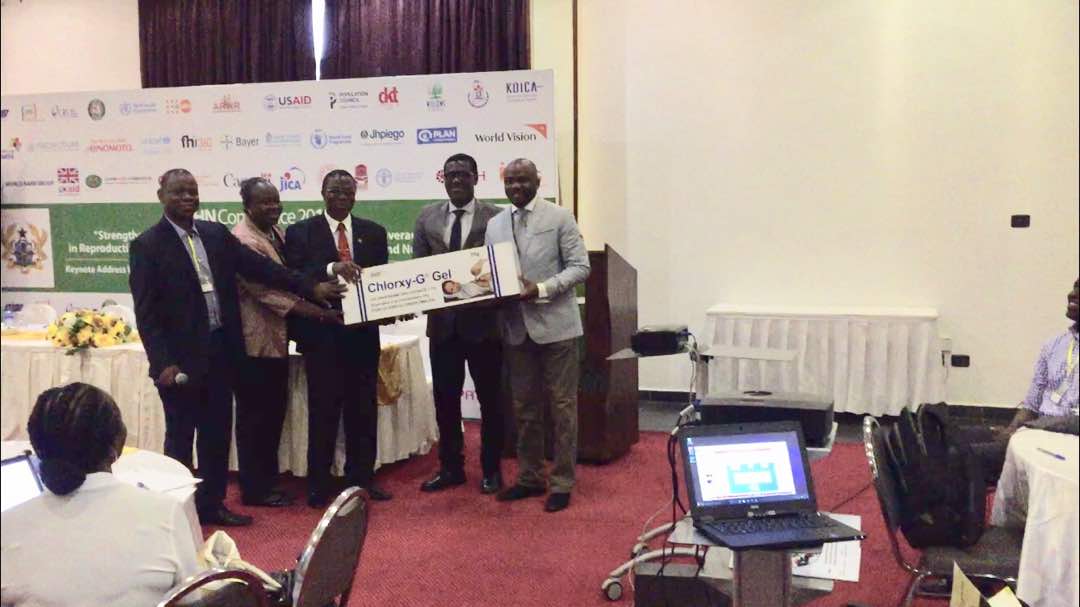 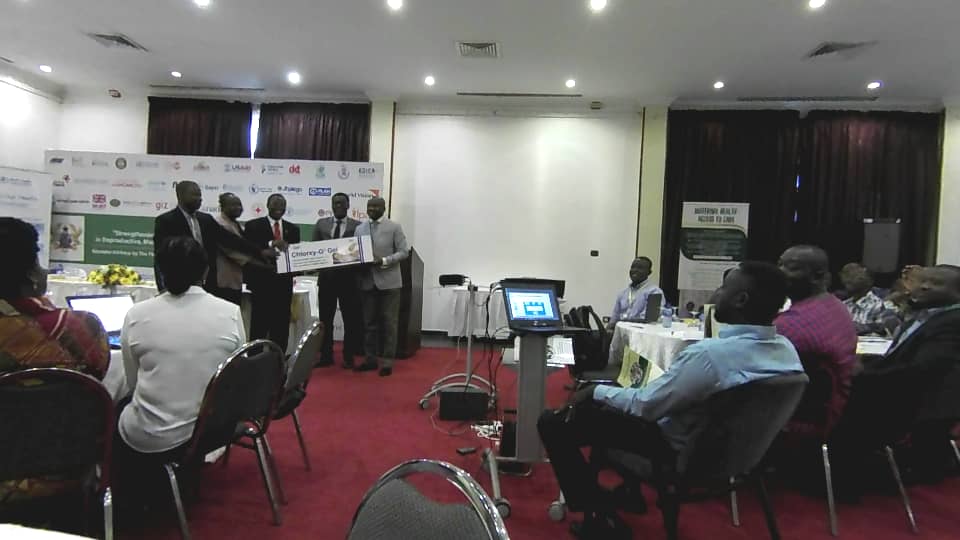 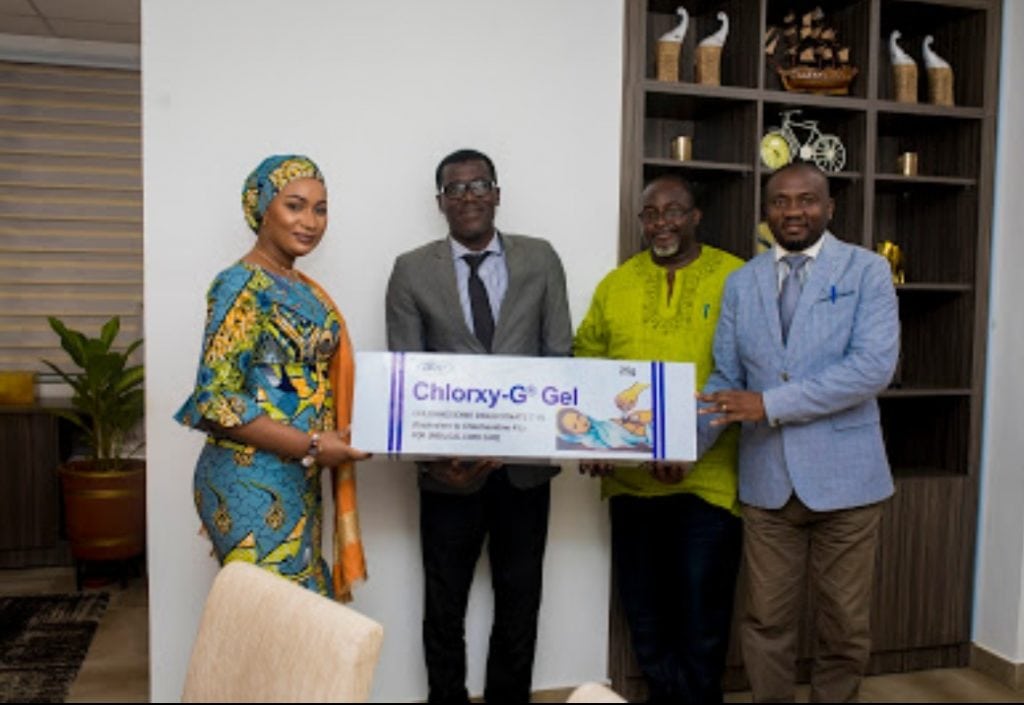