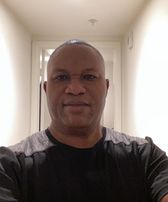 Ayo Sogbuyi, publisher Celebrity magazine is a familiar name in the celebrity genre of journalism. He was shot into limelight by his defunct Ace Weekly that unravelled the alleged suspect of late Bola Ige’s killer, Fryo. Ayo, himself a celebrity of sort transformed the magazine into a celebration publication, thus becoming the yellow book of top celebrities. News of the People cornered him at a recent webinar event and gave an insight into what he’s doing now and plans for future. Enjoy it:

You’ve been out of public glare for sometime, what have been up to?

You’re right and you’re also aware that I moved to Los Angeles about four years ago. While here, I went back to school to improve myself on new media as in relation to visual productions. While that one was ongoing, I also partnered with some investors to float a logistics company that operates between Los Angeles and Honolulu. You may want to ask why visual productions again, it’s also because of our new outfit Afrka Konekct News Network (AKNN) which is a television outfit. So, with my hands in other ventures, I can never leave the media industry. We shall be back in big way.

I understand that you are also the coordinator of TalentPool in California, what’s this all about?

As the name suggests, it’s a collective of professional and talents of Nigeria origin in America. Our aim is how we can harness these talents for the benefit of Nigeria. For your information, it’s not necessarily an investment option but a service that is holistic and free for the government to tap into. For instance, we have just concluded a robust research into issue of illiteracy in a northern state and proffer an evidence based solution. Mind you, we were not commissioned to do it but we put resources together to achieve it and we shall be forwarding it relevant agencies to have a look into it. It is then their discretion to implement it or throw it away. But, we would have done our part and document it for others to see or adopt.

Why not from your home state of Lagos?

The group is about Nigeria and Lagos is part of Nigeria. However, I just gave that instance as one of our activities. We are also putting resources together to address the issue of poverty and one of the mistakes we notice is that if a governor in Lagos is doing a project that is being applauded, some governors will just jump into it like copying each other which is wrong. So approach to poverty shouldn’t be the same because there’s relative poverty. Poverty in Lagos state is not the same as in Jigawa or Taraba. Therefore you can’t use same approach across board. As you mentioned Lagos, I’ll just say I’m personally pleased with efforts of the successive governments and that’s why I always praise Asiwaju Bola Tinubu for the vision. Because I’m from Lagos state, I know what I’m talking about in terms of transformational process from 1999 till date. And the man behind it all is Tinubu.

Will you say you support his aspiration to contest for president in 2023?

First and foremost there’s nothing wrong in having an ambition. Personally, I’ll prefer he’s given the chance to lead. However, what I detest is the gang up to pull him down, most especially among his people of south west. For now, I see him as the only person eminently qualified to lead the country and the reasons are not far fetched. He has shown that he has the capacity to spot talent and fixing a round peg in a round hole. As an observer of the past events, that’s the reason I refer to King Wasiu Ayinde as a philosopher. Looking back at what he said about the man and how he projected his philosophy, nothing more can be added than to concur.

Has your group looked into the issue of insecurity in Nigeria and possibly proffer immediate solution?

As I said earlier that we are looking into the area of poverty, a sub group is already looking into the insecurity situation in the country. What is not disputing is that unemployment creates poverty and poverty is a fertile land to breed criminality. It is therefore necessary that we employ evidence based report to tackle the issue of insecurity. We have extremely capable hands in the country and I believe if they are rightly engaged, we shall overcome the challenge. As a group here, we equally engage people back home to carry out most of our research projects.

Back to the media, when do we expect AKNN to hit the screen?

The infrastructure to support this are being deployed and by September we should actively be on air. At the moment, we are active online and our operational office is in Ikeja