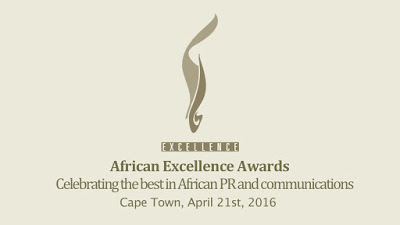 The Centre
for Crisis Communication (CCC), a non- governmental organisation and PRNigeria,
a one-stop Press Release platform have both been nominated for the prestigious annual
African Award for Excellence (AEA) in Public Relations and Communication.


The nominees
were shortlisted from over 2500 application by the organisers of Global
Excellence Awards, an annual celebration of achievements in communications and
public relations across Africa, Asia Pacific, Europe, Latin America and North
America. Juries of leading communicators evaluate submissions in over 30
categories from companies, non-profits, institutions and other organisations.
The winners of African region will be honoured at a ceremony  on June 29,2017 in Johannesburg, South
Africa.
While CCC
was nominated for its uniqueness in crisis communication under the Public
Affairs category, PRNigeria on its part was nominated under the category of
Platform. On the whole, the duo were the only Nigeria’s brands recognised for
their strategic roles in Public Relations and Communication in Africa.
Most of the other
successful nominees for the African Excellence Award are global PR and
Communication brands. They include, Weber Shandwick, Ogilvy & Mather,
FleishmanHillard, Marco de Comunicación, Edelman, Djembe Communications,
Burson-Marsteller, Hill+Knowlton Strategies, Ogilvy Public Relations, Image
Merchants Promotion Ltd, Stratcomm Africa, Clockwork Media and Magna Carta
Reputation Management Consultants
The Centre
for Crisis Communication (CCC), was established in June 2015 as a
Non-Governmental Organisation (NGO). With a mandate to engage in crisis
information and communication management, the center also provides capacity
building assistance in information and media management to military,
intelligence, security and response agencies in Nigeria. It trained over 300
Officers within a year –
PRNigeria
has devoted its platforms for syndication, publishing and sharing official
press releases from critical institutions and other organisations in Nigeria.
PRNigeria platforms have remained the most reliable and credible sources of
official information from public institutions in the country.
The African
Excellence Awards honour outstanding performance in a wide range of categories.
With in-depth categories which cover everything from internal communications to
public relations, as well as a wide scope of industries from all across Africa,
the Awards explore the full range of the profession, and provide a
comprehensive look at the most exceptional examples of communications.

The Global Excellence
Awards  are organised by German based
Quadriga Media, the publisher of Communication Director magazine for corporate
communications and public relations, which is distributed worldwide.