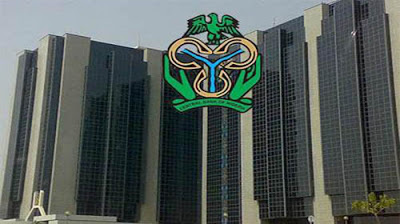 While
it is perfectly normal for any agency of Government to seek
clarifications on any matter from other agencies of Government, we wish
to state that neither the Governor of the CBN nor the Director, Legal
Services Department has received any communication with regard to the
issue.

The
CBN, as a responsible and responsive arm of Government, will always
provide clarifications on any matter within its purview for the purpose
of educating and enlightening all concerned.

Accordingly, we wish to reiterate our position by making the following clarifications:
1. The
CBN DOES NOT deal directly with any Bank customer on foreign exchange
transactions. Such transactions are consummated strictly between the
customers and their respective Deposit Money Banks (DMBs);

2. The
figures of FOREX sale published in national dailies or on CBN website,
over which insinuations are being formed, were transactions consummated
between the DMBs and their customers;

3. Pursuant
to our policy of transparency, we publish the reports of purchases and
sales of forex between the DMBs and their customers, as submitted by the
banks without editing. This practice of publishing the figures on our
website has been on since October 2016;

4. Following observations of different exchange rates after the last publication on our website (www.cbn.gov.ng), we called for explanations from the banks concerned.

5. In
response to our queries to them, apart from some observed formatting
errors, the concerned banks reported that the returns were sent on the
basis which the transactions were conducted. The transactions concerned
were consummated in third currencies such as Japanese Yen and South
African Rand (YEN/ZAR); JPY/NGN, EUR/USD, USD/ZAR. As a result, there is
no way any DMB or the CBN will deal in forex transaction at the rate of
61kobo/USD, N18/US$1 or N3/US$1, as was erroneously reported.

6. The
aforementioned are third currency transactions and when properly
translated, will be in line with the prevailing forex rate range in the
interbank market.

Consequently,
to prevent any such occurrence in the future, the CBN has directed ALL
Deposit Money Banks to render their returns in a uniform format
converting all forex sales and purchases to NGN/USD. All third currency
transactions are also to be converted to NGN/USD.

Again,
we urge all concerned stakeholders to always verify information on
matters relating to the Bank before going public in order not to trigger
volatility in the market.