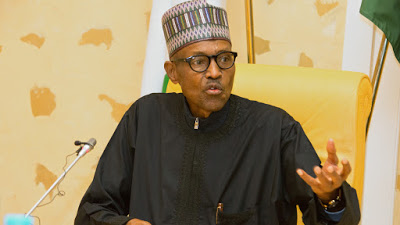 Nigeria’s president Muhammadu Buhari must reveal the true state of his health to his people, Nobel laureate Wole Soyinka said in Paris on Sunday.

Buhari spent nearly two months in Britain on medical leave. After he returned to the country, the 74-year old president acknowledged that he was terribly and that he received blood transfusions in London.

But he never really mentioned specifically what ailed him. Soyinka said that was not good enough and emphasised the need for the president and other Nigerian public office holders, to be honest with their health status.

“He’s ill, there’s no question, and I wish for heaven’s sake that people in public positions would just be honest,” Soyinka said.

“Illness is part of our existence. Buhari owes it to the nation and I don’t know why he and his advisors are being so coy about it.”

In January, the Nobel-winning author gave his tacit backing to Buhari’s quest to reposition country’s fortune, noting that he was not surprised that the president’s actions have made him less popular among the people.

According to him, “Nigeria was sinking” when Buhari took over power, a situation which made cleaning the “mess” of past regimes a difficult task.

“There’s nothing surprising to me about his losing popularity, it should be expected,” said Soyinka, who was a fierce critic of Buhari’s earlier term as head of state after taking power in a coup in 1983.

“People wanted change, that word was not just a slogan, it was a promise,” Soyinka told AFP in Johannesburg in January.

“Fulfilling political promises when you take over the reins of power and you have to clean up a lot of mess, it’s not easy.”