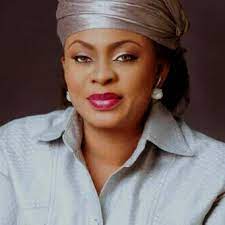 In a statement titled “Sahara Reporters And Its Malicious Smear Campaign At Stella Oduah”, released by her media aide Nonso Chukwudebe, he said the report was an apparent smear campaign released to damage the Senator’s reputation as the 2023 elections approach. He described the story by the supposed nameless NGO as “poorly concocted, unrealistic and unbelievable.”

“In a news report published by Sahara Reporters on the 8th of February, former Minister of Aviation and senator representing Anambra North Senatorial District Stella Oduah was accused by an NGO of siphoning public funds in the 2022 budget, ” the statement read.

“The unnamed NGO accused Sen. Oduah, the Deputy Chairman of the Senate Committee on Appropriations, of including a slew of projects to siphon public funds.

“This report is not just untrue, but it’s also malicious, poorly concocted, unrealistic and unbelievable. It’s also a reflection of a lack of understanding of Nigeria’s current financial situation and the workings of the budget.

“According to Sahara Reporters, in a letter dated January 20, 2022, and jointly signed by the NGO’s Executive Chairman, Abubakar Galadanchi; Project Director, Barrister Ossai Festus; and Protem Secretary, Oluwole Idris, Sen. Oduah was accused of facilitating the inclusion of some projects for her benefits. This lacks every iota of fact and is placed on a premise of falsehood.

“The NGO, in all its claims, didn’t for once mention its name but fronted individuals with no traceable personalities as its Chairman, director and Secretary.

“In its revelation of the projects said to be listed in the budget by Sen. Oduah, the organisation described them as ‘fictitious’, and this calls for questioning as the 2022 budget has hardly kick started. The budget is yet to be implemented, and by our investigation, it’s not been awarded.

“How fiction is measured from imagination beats one’s logic. The ease of the illusion shown by the organisation, if any exists, calls for great concern.

“Sen. Oduah, as far back as 1996, built a free skill acquisition called JOSAC for her local government. She also built a secondary school and has always staunchly believed in the importance of skill acquisition as a means of survival in the world. Her manifesto has always been centered around human capital development.

“As a Senator, she has facilitated the training of more than 20,000 people. The failure of graduates to see good jobs due to lack of skills has been a concern, and training them has never been more important. Where the world stands requires the acquisition of modern skills to prepare them for the many opportunities the new normal has in stock.

“To accuse Sen. Oduah of padding, when there are clear pointers to her achievement is just running on cheap sensationalism, ”

Chukwudebe also said the NGO and Sahara Reporters didn’t do a thorough check on the budget workings and came short of providing empirical evidence to back their story.

“The National Assembly isn’t a body of lilliput who accepts everything thrown at it in the form of budgets. These budgets are holistically reviewed. In the 2020 and 2021 budget, which the nameless organisation quoted, it’s unfortunate that there’s no proof for its humongous accusation, and that explains its lack of a name. The organisation’s existence is amorphous, and its claims are not different.

“Sahara Reporters, which was the vehicle in the peddling of this fake report, should also do better in investigating the claims it publishes. Journalism isn’t for smear campaigns, but a means to uphold the truth all the time. Publishing the work of a nameless “NGO”, a name many hatchet jobbers now take up to destroy the hard-earned personalities of public persons, is in itself a ludicrous venture.

A “non-governmental, non-profitable and non-partisan organisation committed to eradicating corruption and also campaigning for good governance in Nigeria” should be a profile an organisation should be proud of if it means well.

“With the claims not more than the lies they are, as they have no credibility to match with, it’s advised that this so-called NGO and the future no-names desist from such evil acts. The claims made in the report attached here have no basis, no proof and are, at best, imaginary.

“Such smear campaigns are, however, not unexpected, as they have happened in the past, especially when a major election is near. Stella Oduah has an impeccable character and will not join words with any amorphous group or a news organisation out to tarnish her reputation, ” the statement concluded.

PHOTOS: GOV. SANWO-OLU AT THE OFFICIAL RECOGNITION AND COLLECTION OF CERTIFICATES FOR THE TWO NEW LAGOS UNIVERSITIES