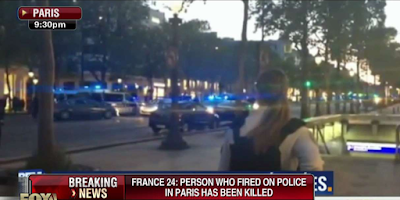 A policeman was killed in a shooting incident in Paris on
Thursday, multiple news outlets are reporting.

The person who shot the officer has been killed, according
to Reuters.

The incident occurred on Champs Elysees, and
authorities have closed off the avenue. Security vehicles are on
the scene,
CNN reported.