BREAKING: 2 dead and gunman at large in shooting at Central Michigan University

At least two people were shot dead in a dormitory at Central Michigan University on Friday and police were hunting for a suspect, according to the Detroit Free Press.

The suspect, a 19-year-old male, was considered“armed and dangerous,” according to the city of Mount Pleasant’s Twitter account.

The university, located about 125 miles (200 km) northwest of Detroit, had said on Twitter there were reports of shots fired at Campbell Hall. 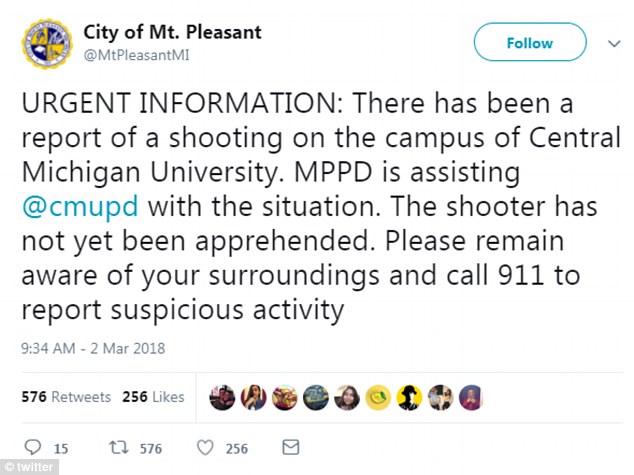 The incident came about two weeks after 17 students and educators were killed at a Florida high school.

A university police official confirmed the department was monitoring the situation but declined to provide additional details.

The United States Bureau of Alcohol, Tobacco, Firearms and Explosives said on Twitter it was sending special agents to assist.

Central Michigan University is a four-year, public institution with more than 23,000 students enrolled, according to the college’s website.