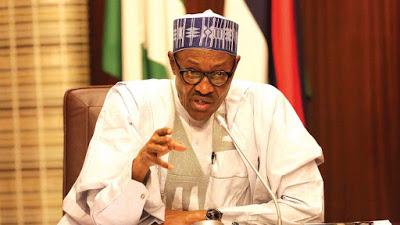 The Inspector General of Police (IGP), Ibrahim Idris, yesterday met with President Muhammadu Buhari at the Presidential Villa, where he briefed him on the recent killings in Zaki-Biam, Benue State, and parts of Ile-Ife, Osun State.

The President had on Tuesday directed security agencies to immediately launch investigation into the killings, with a view to bringing the perpetrators of the dastardly act to book.

According to The Guardian, the IGP, who spoke to State House Correspondents after meeting with the President, absolved Fulani herdsmen of blame in the incessant attacks and killings on farming communities in Benue State.

“No, I don’t think it is Fulani herdsmen. It was an activity of a criminal who is using some of his criminal gangs in the state to harass people. That, I have assured the governor when I met with him few days ago,” he said.

In absolving the itinerant Fulani herdsmen, the IGP said the killing was rather perpetrated by a gang under the leadership of one Terwase Agwaza, aka Gana, a wanted criminal operating in the state.

The Police boss vowed that the Special Police Squad recently deployed to the area would soon track Agwaza, whose stock in trade, he said, is to harass people and disrupt the peace in the state.

The IGP also dismissed the allegation of ethnic bias in the arrests made by the Police following the recent crisis between Yorubas and Hausas in Ile-Ife, saying there was no iota of truth in the allegation.

“As far as you are a criminal and the Police finds you wanting, we apply the law.“You know some of these crisis, we have to look at the origin of these crisis and the immediate cause for you to make a proper classification of these crimes.

“If you follow some of these crimes, they are just crimes that happened without any warning. If you look at that Ife crisis, if you see how it started, it was just a disagreement between two people selling food along the road.

“So, you have to look at the dynamics of the country itself. Obviously, when you have such situation, we have to react to it. We had to move in to ensure we provide some security to the people.”

Idris said the Police and other security agencies were working on the specific directives of the President to use the resources at their disposal to arrest criminality and other untoward developments in the country.

“I gave the President my assurance that we are going to do that and make sure that some of these incidents we are talking about are brought under control,” the IGP said.

Heresy in the House of Oduduwa – By @DeleMomodu