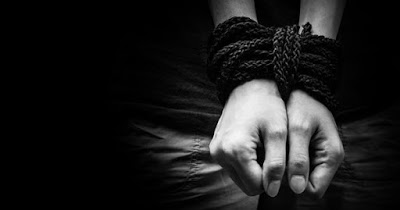 A British journalist who was captured, chained up and tortured by the Sudanese authorities for more than six weeks was able to produce a film about his hellish ordeal by hiding a memory card in his anus.

Phil Cox crossed the border into Sudan along with his colleague Daoud Hari in December 2016 with the aim of reporting on the plight of people in the Darfur region – but was soon abducted by armed militiamen.

During their capture, the pair discovered the Sudanese authorities had tracked their movements and put a “capture or kill” bounty on their heads for more than £250,000.

As they neared the Jebel Marra mountains, the team were kidnapped by a militia in Darfur and held hostage by guards armed with AK47s.

They were chained to a tree in the desert for a week and beaten.
Read more
Sudan’s President Bashir leaves South Africa – defying court order
It was at this point that Cox was able to trick his captors into filming themselves on his camera.

He then took the memory card and, in order to preserve the footage he had already obtained, wrapped it in a strip of black plastic and hid it inside himself. CNN

Oya Ladies, Meet Yah Match: What Can You Do That She Couldn't!

Oya Ladies, Meet Yah Match: What Can You Do That She Couldn't!