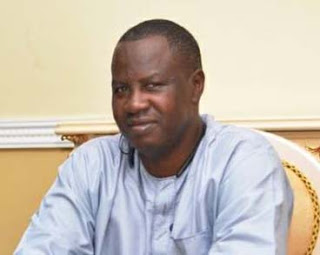 A former gubernatorial candidate of the Peoples Democratic Party, PDP, Babatunde Badamosi, has been arrested by the agents of Defence Security Service, DSS, if the news making round is anything to go by.

According to a source, Babatunde was picked up without any formalities nor arrest warrant for ‘questioning’ by the operatives.

He is being transported to Abuja by same agent of the government as at the time of press, after he honoured invitation made to him yesterday at his residence by men of DSS.

The reasons for arrest are yet to be known.
Details as we have them.

Details would be updated.