A Scandal is currently rocking the home of a clergyman and his family because of the alleged misdoings of his son .

According to a Facebook post by Chijioke Paul Okeifufe, the pastor whose son deflowered and impregnated a member of his church rejected the girl and sent her to the village till she gives birth.

After going public, the pastor arranged for a meeting which did not come out successful as expected.

An Assemblies of God pastor in Lagos State, Pastor Charles, from Anambra State, is heartlessly maltreating a choir member in his Church, of about 19years, that was deflowered and impregnated by his son of about 26 years.

He rejected the girl, in collaboration with his wife and shamelessly suggested that the girl should be sent to the village to stay there and give birth. He insisted that his son will never have anything to do with the girl, because his son will still further his education.

Meanwhile, the pastor only announced last Sunday that his son will start occupying back seat in the Church for committing fornication, without giving full details of what his son did.

May God have mercy on the hypocritical generation of Christians, especially the so called men of God we have in our present day.

I love GOD, I love CHRIST, I love CHRISTIANITY, but I have lots of issues with a lot of my fellow CHRISTIANS, because of their hypocritical life styles

SEQUEL TO MY PREVIOUS PUBLICATION ABOUT THE SON OF AN ASSEMBLIES OF GOD PASTOR THAT DEFLOWERED AND IMPREGNATED A YOUNG CHURCH MEMBER, I WILL BE LIVING BY MY WORDS, AS I EARLIER PROMISED THAT IF THE MEETING DID NOT GO WELL, I WILL EXPOSE THEM.

The meeting actually held yesterday, but the pastor only accepted to give her some money for antenatal tomorrow, Monday. In the meeting, he (the pastor) deliberately ensured his son did not attend. He did not say anything about marrying the girl or giving her shelter before and after delivery.

If after the next meeting, he refuses to walk on the path of honour, I will publish every thing about him. I already have all the information I need about them in my archive.

But for now, I will post the picture of the randy son of the pastor. His name is Uche Rienne.

NOTE: I am not judging or blaming him for getting the girl pregnant. What I am against is the way and manner he, his father who happens to be a pastor and his mother who is know as “mummy church” are treating the poor girl.

If they are not ready to marry the girl, then, let them create a conducive environment for the girl to give birth. Also, they need to give the girl the best medical attention to a certain if there is any damage caused by the several failed abortion attempts the boy secretly carried out on the girl.

Meanwhile, I just learnt that the girl just gained admission into the university before the randy boy deflowered and impregnated her. No one is forcing the boy to marry the girl, but he need to do the right thing, especially to enable the girl continue with her education, undaunted by the pregnancy.

FINALLY, I have the phone number of the boy and that of his father with me. I will make them public in my next post if they fail to comply. I will also go as far as getting that of his mother, so that you can ask her how she will feel as a woman, if her her sister or grand daughter is treated the way they are treating the poor girl. She has only male children.

Below is a photo he shared ; 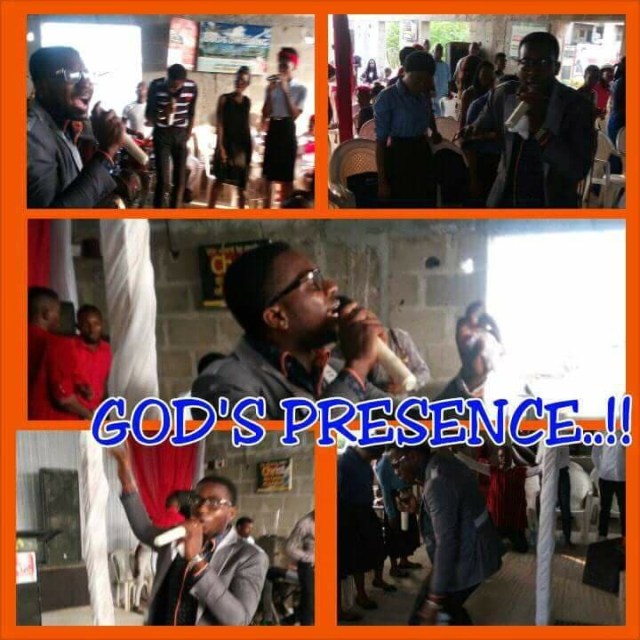 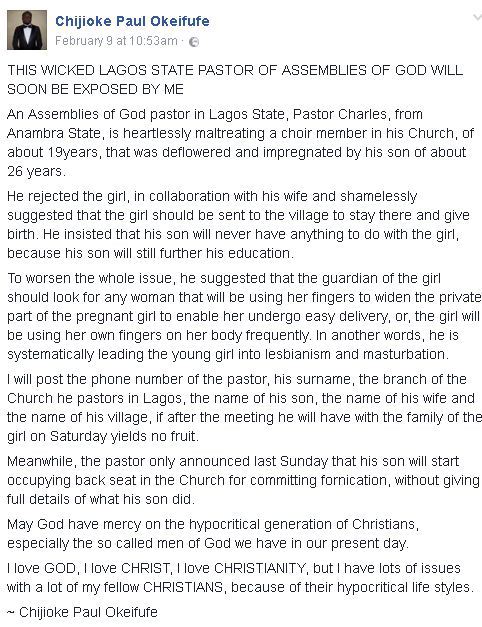 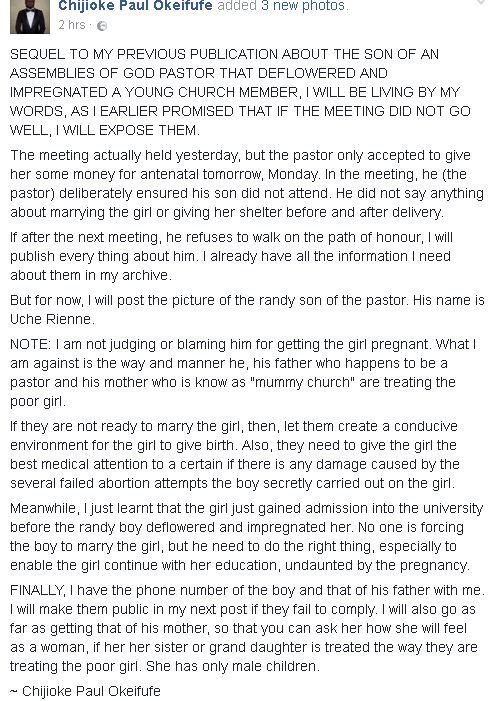